Mumbai– Actress Alia Bhatt came out in support of her mother Soni Razdan here by attending a special screening of her film “No Fathers In Kashmir” here. 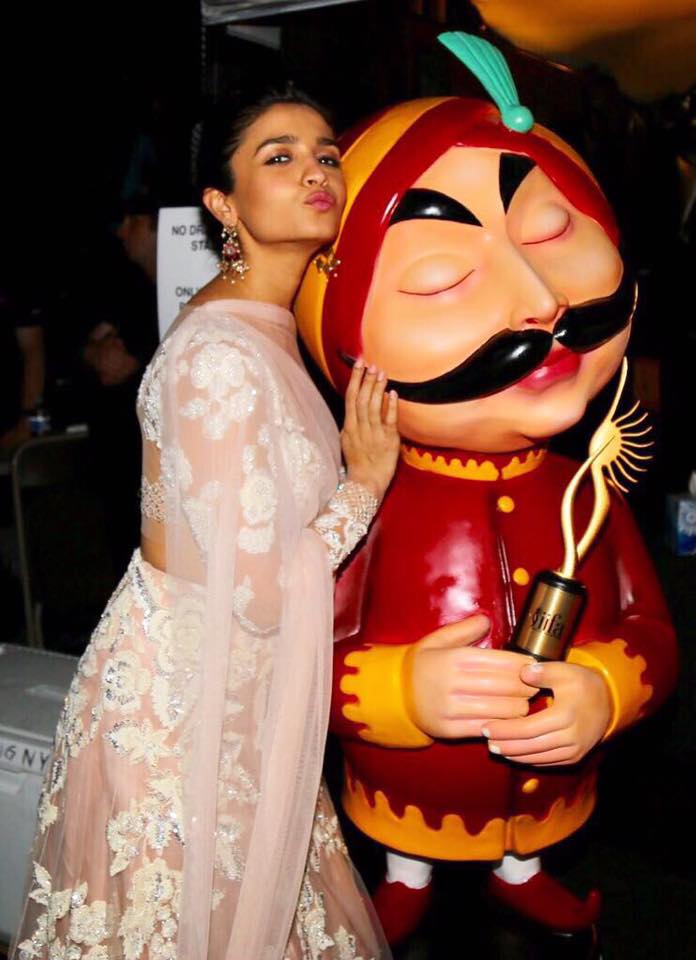 The entire Bhatt family was in tow alongside Soni, supporting her for the film.

“No Fathers In Kashmir” went through a long battle with the censor board before receiving a U/A certificate. The film also marks Kumar’s acting debut.

It is based in the Kashmir Valley and follows the love story of two 16-year-olds who are in search for their fathers who have gone missing.

The predominantly English-language film will chronicle a tragic and strange funny journey of a South Asian man whose journey takes a layered and complicated shape when he meets an Australian girl in the US, reports variety.com.

Nawazuddin recently starred in this year’s Sundance and Berlin title “Photograph” and in 2018 Cannes and Toronto title “Manto”. His body of work includes films like “Lion”, “The Lunchbox”, “Miss Lovely”, “Gangs of Wasseypur”, “Kahaani” and “Peepli (Live)”.

Mumbai– Actor Mohit Malhotra says he wanted to have a simple birthday so he chose to start his day on Thursday with some of the children at an NGO here.

“This year, I wanted to have a simple and quiet birthday so, I went to an NGO and spent a few hours with the kids there. I got them colouring boxes and books. We danced to some new Bollywood numbers and a few emotional songs,” Mohit said in a statement.

“They even sang ‘Baar baar din yeh aaye’ birthday song. It was the sweetest gesture. Around 70-80 kids sang for me on my special day. These kids bring joy and happiness to me. In this fast-paced Mumbai life, they teach us what patience, calmness and innocence actually mean. Spending time with them brings peace to me,” he added.

Singapore– Filmmaker Karan Johar was surrounded by the love of his family and friends as he unveiled his wax figure here on Thursday.

Sharing the photographs of his waxed doppelganger on Instagram, Karan wrote: “Waxed at Singapore Madame Tussauds.”

The 46-year-old director was accompanied by his mother Hiroo Johar on the occasion.

“What fun with my mom and my family…and my surprise from friends who are too shy to be named,” he added.

The official Twitter handle of his production house, Dharma Productions, too shared photos of the filmmaker with the figure, claiming he has become the first Indian filmmaker to “make his mark at Madame Tussauds”.

Karan’s wax figure is inspired by the filmmaker’s signature seflie pose, and is dressed in a printed blazer.

His friends from the film fraternity sent in good wishes for him.

Mumbai– Fresh from the success of web series “Made In Heaven”, actress Sobhita Dhulipala has come into the spotlight, and her newfound popularity has led her to become the ‘IMDb Breakout Star of the Month’.

The actress has entered into the Top 15 most popular Indian actors on the IMDb STARmeter, based on data from March 2019. It is decided on the number of page clicks on the leading global movie website.

“It is certainly very thrilling to be given so much love and appreciation from the audience and critics,” Sobhita said in a statement.

“Finding that people are searching for my name and work on IMDb, which is the biggest data base for movies and celebrities in the world is immensely special and motivating,” she added.

New Delhi– After the Supreme Court on Thursday set the date for hearing on the biopic “PM Narendra Modi” for April 8, its makers said they won’t release the film as scheduled on Friday.

“This is to confirm, our film ‘PM Narendra Modi’ is not releasing on April 5. Will update soon,” tweeted Sandip Ssingh, the creative director, singer and also the one who came up with the story, for the movie.

The film, directed by Omung Kumar, narrates the story of Modi from his humble beginnings to becoming the Prime Minister. Actor Vivek Oberoi leads the film’s cast.

Earlier, Ssingh and other makers of “PM Narendra Modi” received flak for planning to release the movie on April 12, a day after the first phase of voting for the Lok Sabha elections. Its release date was preponed to April 5.

Mumbai– Actor Sunny Deol, who has featured in movies like “Gadar – Ek Prem Katha”, “Border” and “23rd March 1931: Shaheed”, says he never did patriotic films because the theme was saleable.

Sunny spoke about it at the trailer launch of Behzad Khambata’s “Blank”, which marks the debut of Karan Kapadia, here on Thursday.

As Bollywood has seen a resurgence in patriotic dramas in the last few years, Sunny was asked about his views on it.

He said: “First and foremost, are we patriotic or not? Do we love our mother, do we love our country? That is most important thing. It should not be taken like some kind of saleable thing. And that is how I’ve done my films. I made films because I believed in the characters and mostly I’ve done films where the characters have been strong and fight for something.

“That is my nature too. I am not the kind of person who gives up.”

He said that now makers are bringing out films according to seasons.

“Some of the films I’ve done are patriotic in nature and people somehow connect with me more. It was never a saleable thing which we did. But now the whole world is changing, everything has become marketing. So everything has to have a reason — why we do, what we do and then we all want to make graphs about it. Everybody does that nowadays. That is what’s happening right now. People make things according to seasons,” Sunny added.

New Delhi– Former actress Mayoori Kango, who is remembered for her role in the 1996 film “Papa Kehte Hain”, has joined Google India as its Head of Industry – Agency Partnership.

Her official LinkedIn profile mentions that she joined Google India in March 2019.

“I am super excited to be part of Google and lead partnerships with DAN and Publicis. I am looking forward to applying my experience of over a decade in the industry in the agency realm to grow these partnerships further. It is a wonderful opportunity to be part of this incredible team and I am looking forward to the next phase of my professional life,” Kango told IANS.

Kango was previously the Managing Director of Performics, a performance marketing agency. She had also worked with Digitas as Associate Director, Media; and Zenith as Chief Digital Officer.

She made her acting debut in 1995 with the film “Naseem”, based on the Babri Masjid demolition, but rose to fame with her performance in Mahesh Bhatt’s “Papa Kehte Hai”, which also starred Jugal Hansraj. (IANS)