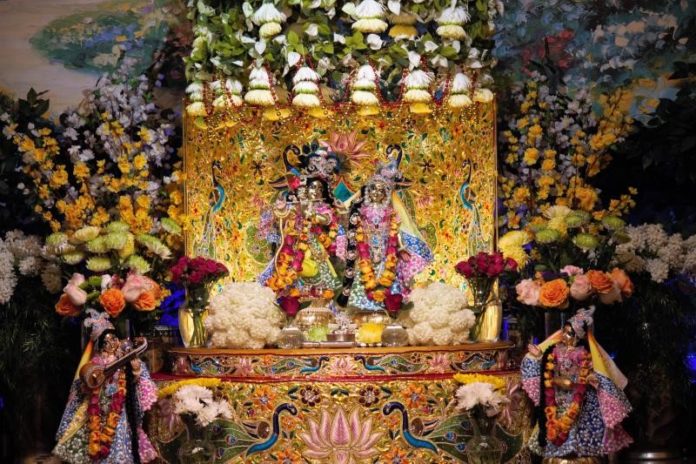 HOLBROOK, MA—Thousands of Indian-Americans and others are expected to attend the free, day-long Holi or, Festival of Colors, celebrations on April 6 at Braj Mandir temple in Holbrook, MA. Volunteers will prepare vegetarian meal for about 3,000 attendees on the occasion.

Every spring the Festival of Colors is celebrated by the Braj Mandir temple in Holbrook with thousands of people from all across New England attending..

Holi is a traditional Indian festival celebrated in many places around the world and always in Vrindavan in India. This is the day when Sri Radha and her beloved Sri Krishna played together with colors in Braj Mandal in India thousands of years ago, according to Indian mythology.

The Braj Mandir in Holbrook tries to create that Holi environment every year here, saying that Holi colors represents “Unity in Diversity” and the “Whole World is One Family.”

At Braj Mandir, all-natural dyed powder is imported from India for this event.  The Holi colors are distributed to the participants in paper cups outside in the parking lot.  The participants than throw the color in the air and rub it on their friends faces as a fun way to play while a live band plays. 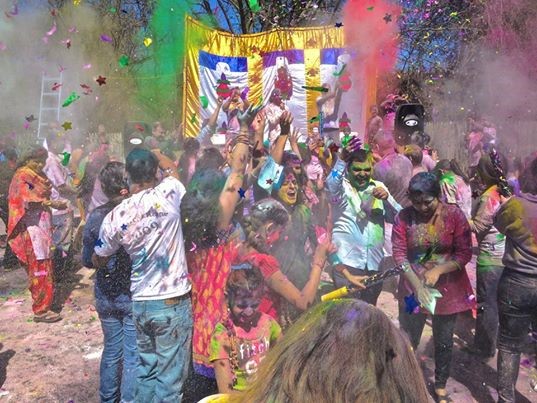 In addition to Holi color play, there is also a celebration in an outdoor tent.  In the tent one can watch traditional Indian dances led by children and adults and a drama.

In the temple room one can take blessings (darshan) from the deities Radha and Krishna who embody divine love, say organizers of the event.  There will be devotional chanting with instruments like the tabla, harmonium, guitar, mridangam drum and kartal happen in the temple room all morning.  This kirtan is led by many kirtan wallahs who come from the many places to brighten this special festival with the joy of singing together in the community.

A free vegetarian meal called Prasadam is also served to all.  This meal is prepared by volunteers from the temple community for about 3,000 people.