WALTHAM, MA–LearnQuest Academy of Music will kick-off its 14th Annual Music Conference with a film screening on Hindustani Classical Music on March 16th followed by three lecture-demonstrations during the week of March 25th leading to the three-day grand festival of Indian Classical music on March 29, 30 and 31 at Regis College in Weston, MA.

The film titled “RAGA REVELRY – A Journey Through North Indian Classical Music” is a fun introduction to the centuries-old tradition of North Indian classical music, often referred to as Raga music. For thousands of years, musicians have dedicated their lives to preserving this unwritten heritage that evokes a vivid range of emotions and moods and invites the listener to go beyond a limited perspective of self-awareness. 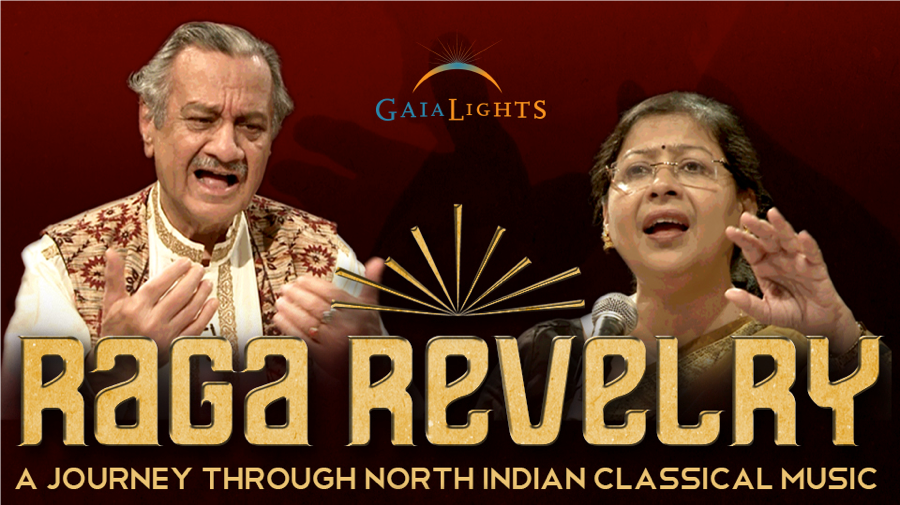 Woven into the narrative are fundamental music appreciation concepts of melody (raga) and rhythm (tala) with demonstrations by maestros. The film traces the evolution of this ancient music, and is an invitation to deepen the connection to our spiritual selves. The educational quality of the film is recommended by India’s premier national arts academy, the Sangeet Natak Akademi.

The film screening and discussion will take place on Saturday, March 16th at MIT (182 Memorial Drive, Cambridge, MA) in Room 6-120 from 2 to 4 PM. There will be a post screening discussion with Shreedevi Thacker, the Producer and Co-Director of Raga Revelry. The admission to the film is free to the public.

On March 25th, in collaboration with Boston-based Berklee College of Music, LearnQuest will present a lecture-demonstration on the topic “Harmonium: The Piano of Indian Music” by the well-known harmonium player Kedar Naphade, who will be accompanied on the Tabla by Amit Kavthekar. The lec-dem will take place from 1 to 3 PM at IW 1140 Boylston Street Building of Berklee College of Music.

In this lec-dem Kedar Naphade will perform a solo concert recital and lecture-demonstration on the harmonium.

The Harmonium, an acoustic reed organ, plays the same role in Indian Classical Music that the piano plays in Western Classical Music. It is performed as a solo concert instrument, part of instrumental ensembles, as an accompanying instrument for vocal forms of Indian classical, semi-classical and folk music, and a teaching and compositional aid for all kinds of music in India including popular and film music (Bollywood).

This will be a highly interactive event, encouraging significant audience participation through Q&A.  In addition to performing pieces from classical and semi-classical repertoire, Kedar will discuss a broad range of topics spanning the history and evolution of the instrument, different roles of the instrument, performing technique, performance styles, construction, tuning etc.

The Influence of Classical Music on Katha-Keertan and Bhakti Sangeet: March 26

On March 26th, a vocal music lecture-demonstration will be presented by Daatatreya Velankar on the topic “The Influence of Classical Music on Katha-Keertan and Bhakti Sangeet”. The lec-dem will take place from 7:30 to 9:30 PM at 125 Prospect Street, Framingham, MA.

Katha Keertan is a unique art form that is very popular in South India and Maharashtra. Katha Keertan is unique because of its nature and tremendous capacity to reach people as an art form. Its combination of philosophy, music, oratory, dance, and drama truly make it unique as well. Simply put, Katha Keertan artists are story tellers who utilize their skills in music and acting to tell a story.

On March 28th, in collaboration with The Arts and Wellness Center, LearnQuest will present a Lecture-demonstration titled “Indian Classical Music from a New Viewpoint” by a highly accomplished and acclaimed Carnatic violinist Purnaprjna Bangere of Lawrence, Kansas. The lec-dem will take place from 7:30 to 9:30 PM at the Art and Wellness Center located at 125 Turnpike Road, Westborough, MA.

In this Lec-dem and concert Purnaprajna will discuss and demonstrate how Indian classical music is seen from a new perspective coming from a framework, to be made clear in the talk, and captures some deep and essential aspects of other genres of music such as Jazz, Blues and Western Classical Music. This gives rise to new music with its own grammar and syntax.

Purnaprajna had rigorous training under the well-known south Indian violinist and a teacher of great repute HKN Murthy. HKN Murthy is the student of the legendary Indian violinist M. S. Gopalakrishnan, M. S Anantharaman and Parur Sundaram Iyer.  Purnaprajna’s recently formed “Purna Loka Quartet” with Multi Grammy winning David Balakrishnan of the Turtle Island String Quartet has been featured in Asian Art Museum at San Francisco and in the prestigious Lied Center Series in Kansas, in the same series that also featured well-known names such as Wynton Marsalis and Josuha Bell. The other members of this quartet are the young tabla virtuoso Amit Kavthekar and the distinguished Bassist Jeff Harshbarger.