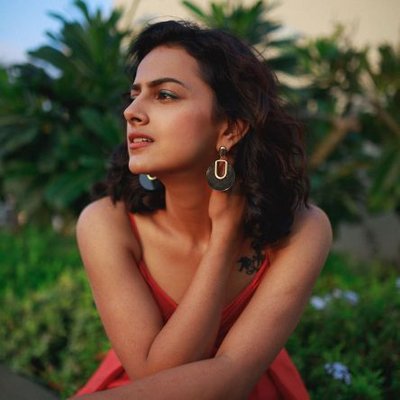 New Delhi– Shraddha Srinath will be making her Bollywood debut with “Milan Talkies”, but she is not “star-struck” about the glitz and glamour of the Hindi film industry. The actress says she has good work in the southern film industry, and would tread the path in Bollywood very cautiously.

Shraddha has worked in Kannada and Tamil films, with projects like “U Turn”, “Kaatru Veliyidai” and “The Villain” to her credit.

“The first step is to wait till ‘Milan Talkies’ is out. Some calls have come but I can’t take that too seriously. I want people to watch me perform, and see how I look on the big screen and then call me,” Shraddha told IANS.

“I am in no rush. There is enough work down south. I am going to take it easy. I am not someone who is star-struck about Bollywood and think ‘ke abhi ‘Milan…’ release ho jaegi toh main yeh karungi Bollywood mein’… There is very good work down south for me.

“There is good work in Bollywood also. For me, the idea is to pick wisely regardless of the language. My stories mean the world to me. Bollywood maybe Bollywood, but I will tread very cautiously,” added the actress, who is working on the Tamil remake of Amitabh Bachchan and Taapsee Pannu starrer “Pink”.

Getting into films was never a part of Shraddha’s plan. She rejected the idea because of her looks and went on to study law.

“The only reason why I rejected the idea of films was because I thought I was not fit for films. I was like this chubby girl with curly hair and dusky. And I was happy eating my food and not doing any exercise.

“Films were not in the pipeline. I was like ‘I am not glamorous enough. I am not beautiful enough to be an actor’. This was the only reason why I never considered films,” she said.

Looking back, the actress said: “Before I joined college, I was into acting and for me the most obvious medium to act was on stage. I took up acting in plays in college. By the end of college, I knew that law is not for me and my heart belongs to acting.

“Since I have studied law for five years and my parents paid the fees, I took up work as a lawyer. I forced myself to take up a job and got a good job as a lawyer. I was balancing acting in plays with my job. Sometimes I had to beg my boss to give me extra leave for rehearsal.”

The actress said the transition into acting from the law world might seem drastic, but she believes it was pre-written at “some cosmic level”.

At the moment, she is looking forward to the release of “Milan Talkies”, which is helmed by National Award-winning filmmaker Tigmanshu Dhulia. It also stars Ali Fazal, Ashutosh Rana and Sikander Kher. The film, releasing on Friday, tells a love story set in Uttar Pradesh around 2010-2013. (IANS)