WALTHAM, MA—LearnQuest Academy of Music kicked off its two-and-half-day 14th Annual Music Festival Friday night at the Regis College Auditorium in Weston, MA. The festival, which has a great line up of musicians and singers from Indian and the United States will continue until Sunday, March 31.

Pallavi Nagesh, the emcee of the festival welcomed the guests and introduced festival chair Vijay Kumar, LearnQuest Academy President Pradeep Shukla and Prashanth and Anuradh Palakurthi who lit the lamp to open the festival. The opening concert was jointly presented by LearnQuest and MITHAS, which is chaired by Ms. Palakurthi. 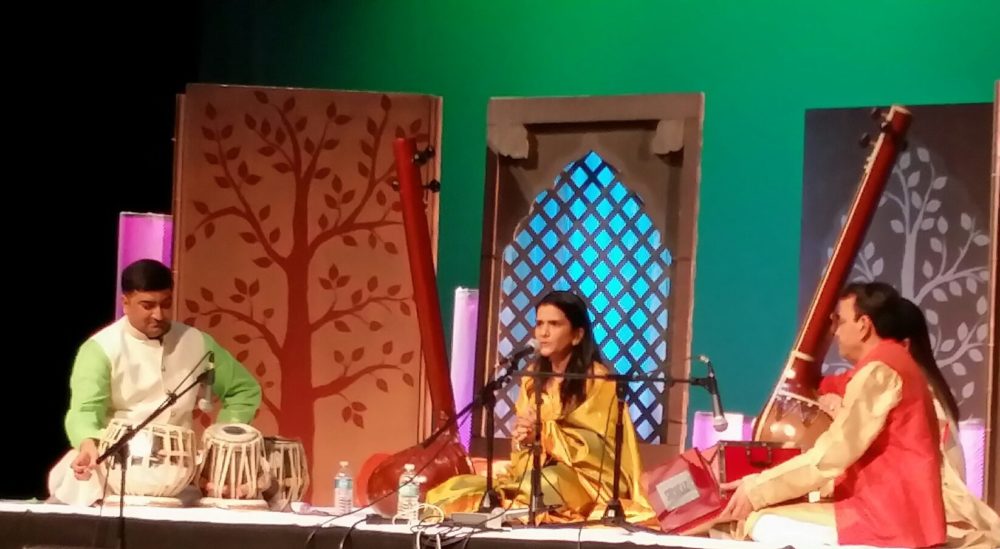 Mr. Kumar said that the two-and-half-day festival is a stellar collection of artists who will present both Carnatic and Hindustani music. He said the theme of this year’s conference is “The Aura of Ragas.”

“Once again, this year we are excited to present a bouquet of offerings of Indian classical music,” said Mr. Kumar. “A complement of stellar artists, including young stars and stalwarts, will share their talents and joy of music with you. Every concert promises a new discovery, a fresh perspective, a spiritual renewal.”

The concert started with a invocation by the students of LearnQuest and Rasa Institute of Music. The first performer was Saketharaman, a Carnatic vocalist, who was accompanied by L. Ramakrishnan o violin and Patri Satish Kumar on Mridangam. Saketharaman was followed by a performance by Hindustani vocalist Pooja Goswami Pavan, who was accompanied by Sanatan Goswami on harmonium and Suryaksha Deshpande on table and Meenakshi Kulshrshta on tanpura.

For this year’s conference the artist lineup is as below: 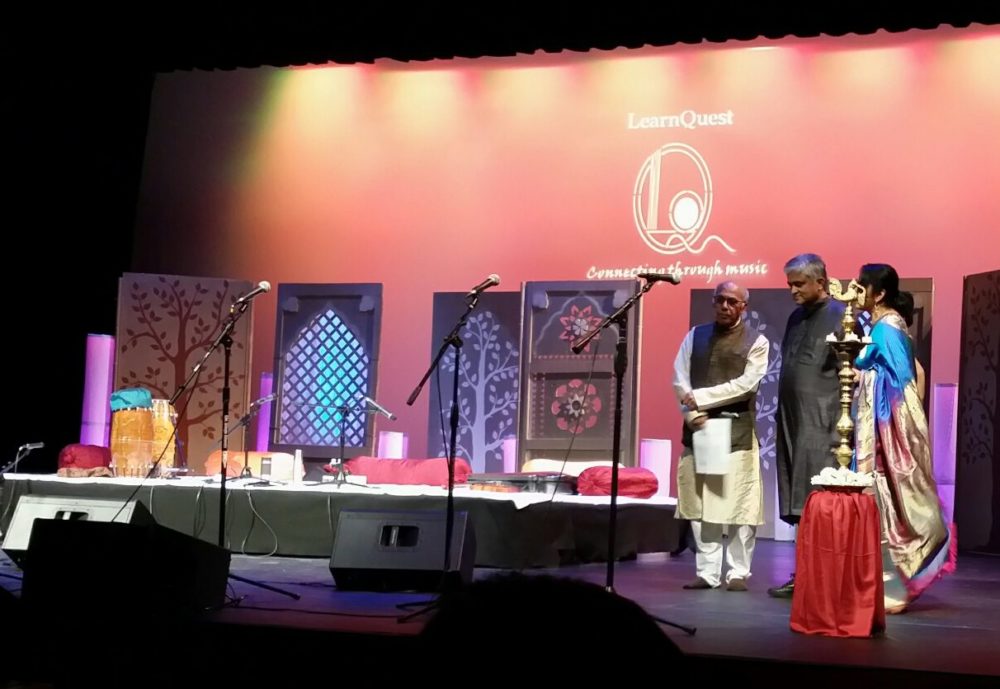