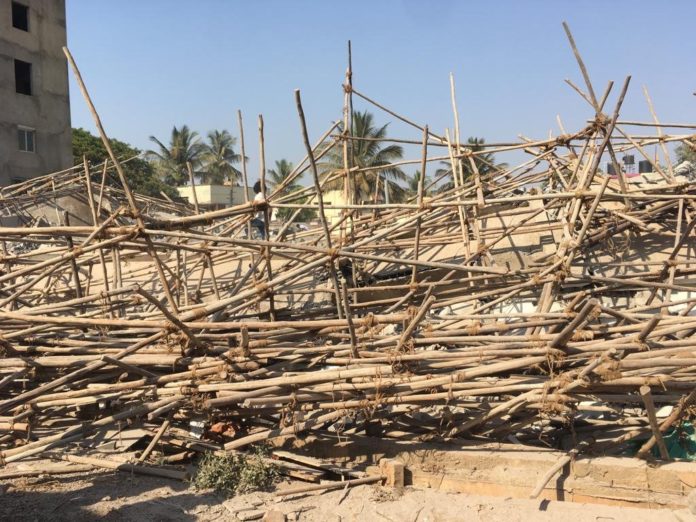 Bengaluru, March 19 (IANS) Two people were feared killed and about 50 others were trapped when a multi-storey commercial building under construction collapsed in Karnataka’s Dharwad on Tuesday, police said.

“Five persons extricated from the debris told rescuers that at least two people had been killed in the tragedy that occurred close to 4 p.m.,” Police Inspector L.K. Talwar told IANS from Dharwad, about 400km northwest of here.

Nearly 40-50 others were still under tonnes of cement and mortar, he said.

The reason for the accident was not immediately known.

The injured were rushed to hospitals in the district.

Karnataka Chief Minister H.D. Kumaraswamy said he had told the Chief Secretary to send expert rescuers to Dharwad by a special flight.

He said rescue operations were on and that five people had been extricated from the debris. “I have instructed the officials concerned to be on location.”

A total of five fire tenders and 10 ambulances were deployed to carry out the rescue operations.

State unit Congress leader Vinay Kulkarni’s kin was one of the owners of the building which was under construction. (IANS)