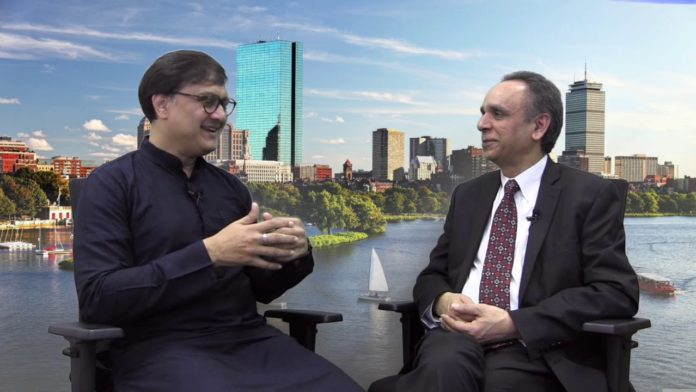 WALTHAM, MA– Amar Photo Studio, one of Marathi theatre’s latest productions, has taken theater enthusiasts by storm in Indian and abroad. The play, which is currently touring various cities across the United States, was recently staged in Boston and was received with thunderous applause.

Sunil Barve, producer of Amar Photo Studio, visited INE studios and talked about the state of India’s booming Bollywood movies, entertainment and theater industry. To view the full video interview, please click here or on the image below.

Mr. Barve is an Indian film, television and theater actor and producer. Predominantly working in Marathi, he has also worked in Hindi and Gujarati entertainment industry. He is also a radio jockey.

Mr. Barve has co-produced one of the most path breaking commercial two act play, Amar Photo Studio. This play has been performed more than 350 shows all over the world in the regions of India, United Kingdom, Middle East and in the United States of America.

Mr. Barve started doing small roles for serials and theatres and starred in several Marathi films and serials. After 25 years in the industry, he launched an initiative named Herbarium through his production company Subak to “bring back the lost glory of Marathi musical plays”.

As an actor, Mr. Barve has played roles in various films, plays and small screen as listed below: