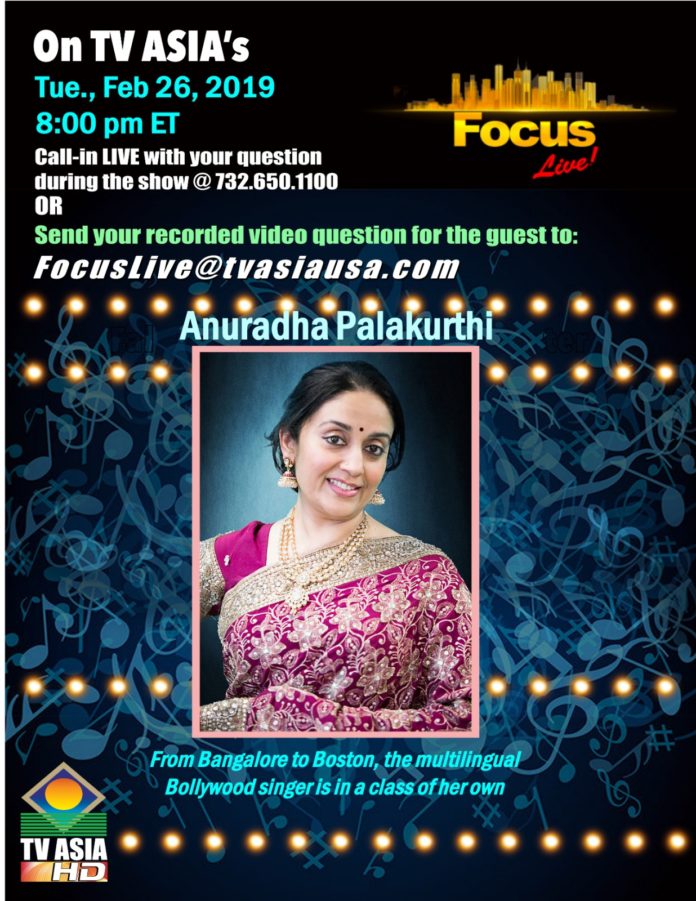 During the show, which will broadcast at 8:00 PM Eastern Standard Time, viewers can call in live with their questions at 732-650-1100 or can send their recorded video questions for Anuradha to FocusLive@TvAsiaUSA.com.

Anuradha has recorded playback for numerous South Indian films and is widely regarded for her versatility across vocal genres. She has been the featured female singer in live shows in the USA with Kumar Sanu, Suresh Wadkar, Deepak Pandit and Bappi Lahiri as well as recorded a duet with Hariharan for Ekal Vidyalaya – a song written by Sunayana Kachroo and composed by Guitarist Prasanna, Drummer Sivamani and a group of 14 multiple-Grammy winning musicians from across the globe.