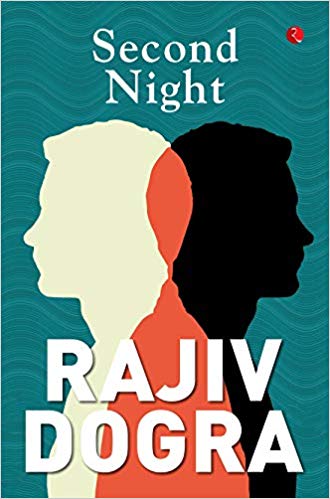 New Delhi– Plunge into the history of Titan, once a casual idea and now a brand with a lion’s share of the Indian watch market; read a story of love, loss and redemption written by an Indian diplomat; and finally, the tale of a mother and daughter which combines Bollywood, four Indian cities and an underworld of drugs and sex.

The IANS bookshelf has these reads this weekend:

Tagged as an essential read for aspiring entrepreneurs, business students or anyone interested in a success story, “Titan” narrates the story of one of India’s best-known brands which went from a casual idea of making wristwatches in 1977 to capturing the Indian market and eventually crossing the $10 billion market capitalisation milestone in 2017.

“Not only did the new watchmakers on the block transform watches from being utilitarian objects to fashion statements, but it also systematically ventured into areas untapped by corporate entities with its brands Titan, Tanishq, Titan Eyeplus, Skinn and Taneira,” the book says.

Written by a journalist, the tale of innovation and fortitude takes readers from boardrooms to backrooms to reveal how a quintessential Indian brand from the house of the Tatas, not known till then for its success in the consumer goods market, reached such remarkable heights and of what continues to make Titan tick.

The romantic novel is the riveting story of a woman determined to escape and a man who has vowed to find her. An unforgettable tale of friendship unfolds as three friends come together in Mussoorie to spend the most amazing night of their lives.

A story of power of love, the pain of loss, and the possibility of redemption, is penned by Rajiv Dogra, who was India’s Ambassador to Italy and Romania and the last Consul General in Karachi.

“I reminisced about our two nights in Mussoorie. The first night, as in the first night of a marriage, had passed in a rush. The second night turned out to be amazing, though slightly risque. I had thought I alone would end up providing sketches from my life. But all of us revealed more of each other than ever before in our life,” the book’s synopsis reads as a sneak peek.

Mee’s mother, Juhibaby, is the unwanted child of constantly travelling jatra artistes in rural Bengal. Growing into a ravishing 16-year-old, she is married off to a family in distant New Delhi, where Mee is born. Mee’s life is a far cry from Juhibaby’s, as she grows up in a respectable middle-class family and goes to an upmarket convent school. But what she inherits from her mother is a love of acting. She follows her star to Mumbai, where she becomes a successful Bollywood actress. But a failed marriage and a bruising rejection by a movie mogul derails her into a world of alcohol and promiscuity.

As she struggles to make a living as a TV writer, Mee gets to know that the mother from whom she has long been estranged is now blind and ailing, in an old age home. Mee rescues her, and mother and daughter find it in their hearts to forgive each other and forge a sort of bond before Juhibaby’s days come to an end.

Written by a National School of Drama graduate and actor Susmita Mukherjee, the debut novel is endorsed by Shabana Azmi as “a rich and engrossing saga”.