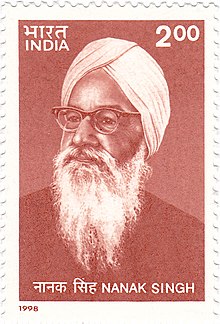 New Delhi– Nanak Singh, widely regarded as the father of the Punjabi novel, was present at the Jallianwala Bagh on April 13, 1919 ,when the massacre took place and to mark the centenary of the bloody event, his lost manuscript, “Khooni Vaisakhi”, translated for the first time into English, will be released.

It will be published by HarperCollins India on April 12. The publisher said that Singh was 22 years old at that time.

“As the British troops opened fire on the unarmed gathering protesting against the Rowlatt Act, killing hundreds, Nanak Singh fainted and his unconscious body was piled up among the corpses.

“After going through the traumatic experience, he proceeded to write ‘Khooni Vaisakhi’, a long poem that narrates the political events in the run-up to the massacre and its immediate aftermath.

“The poem was a scathing critique of the British Raj and was banned soon after its publication in May 1920,” said the publisher.

After six decades, the poem was rediscovered and it has now been translated into English by the author’s grandson, Navdeep Suri, an Indian diplomat, who is currently India’s High Commissioner to the United Arab Emirates (UAE).

The book will carry both the original as well as the translated texts, along with some essays.(IANS)