CAMBRIDGE, MA—Bollywood actress, filmmaker and social advocate Nandita Das will give a talk on “Art for Social Change” on March 11 at Massachusetts Institute of Technology’s Stata Center.

Organized jointly by MIT-India, the MIT School of Engineering and the Office of the Associate Provost, the event is open to public and is scheduled to start at 5:00 pm on March 11 at MIT’s Stata Venter 32-123, located at 32 Vassar Street in Cambridge, MA.

Film Manto, which premiered at Cannes and is Ms. Das’ second directorial feature, after Firaaq, will also be screened at 5:30 pm.

“She will share why she chose to tell the story of Manto and the difficulties of making an independent film in the mainstream film landscape,” organizers said in a statement.

Manto follows the life of maverick writer Saadat Hasan Manto and the two countries he inhabited – India and Pakistan. Set during the Independence of India that led to the Partition, Manto is compelled to make a difficult choice of leaving his beloved Bombay for the newly born Pakistan.

In summer last year, Ms. Das said that the aim of the film was to awaken the Manto within everyone to be truthful and courageous. To this day, Manto’s body of work, which includes fiction, movie scripts, essays and radio plays, are considered an honest account of the partition times.

“The reason I did this film was because I wanted to respond to what was happening around us. It’s not just freedom of expression: the identity politics being played out currently is dividing us on the basis of race, religion, skin colour, gender and language. Manto’s humanism kind of transcends all of that,” Ms. Das had said last year on the sidelines of the Sydney Film Festival. “That’s why he continues to be relevant even after 70 years. In fact, if Manto had been European, there would probably have been many films made on him by now You could also say the aim of the film is to awaken the Manto in all of us, the part that wants to be truthful and courageous and stand up to orthodoxies of all kinds,” Nandita said

In Sydney, she said that the role of art is to unearth the reality.

I’m told myself, that I make films that show India in a bad light. It’s not about good or bad for me. If you love your country, you want to show the reality so that something is done about it,” she said. “I’m only reflecting the reality. I think we must celebrate that. But instead, people like me are being attacked – journalists, writers, filmmakers, artists, who are trying to unravel the truth. They are being told forcefully to cover it up, to bury it and to keep it that way.”

The idea for the film first evolved in 2012, Manto’s centenary year. One of India’s most critically acclaimed actors Nawazuddin Siddiqui co-produced the film and also plays the lead character. 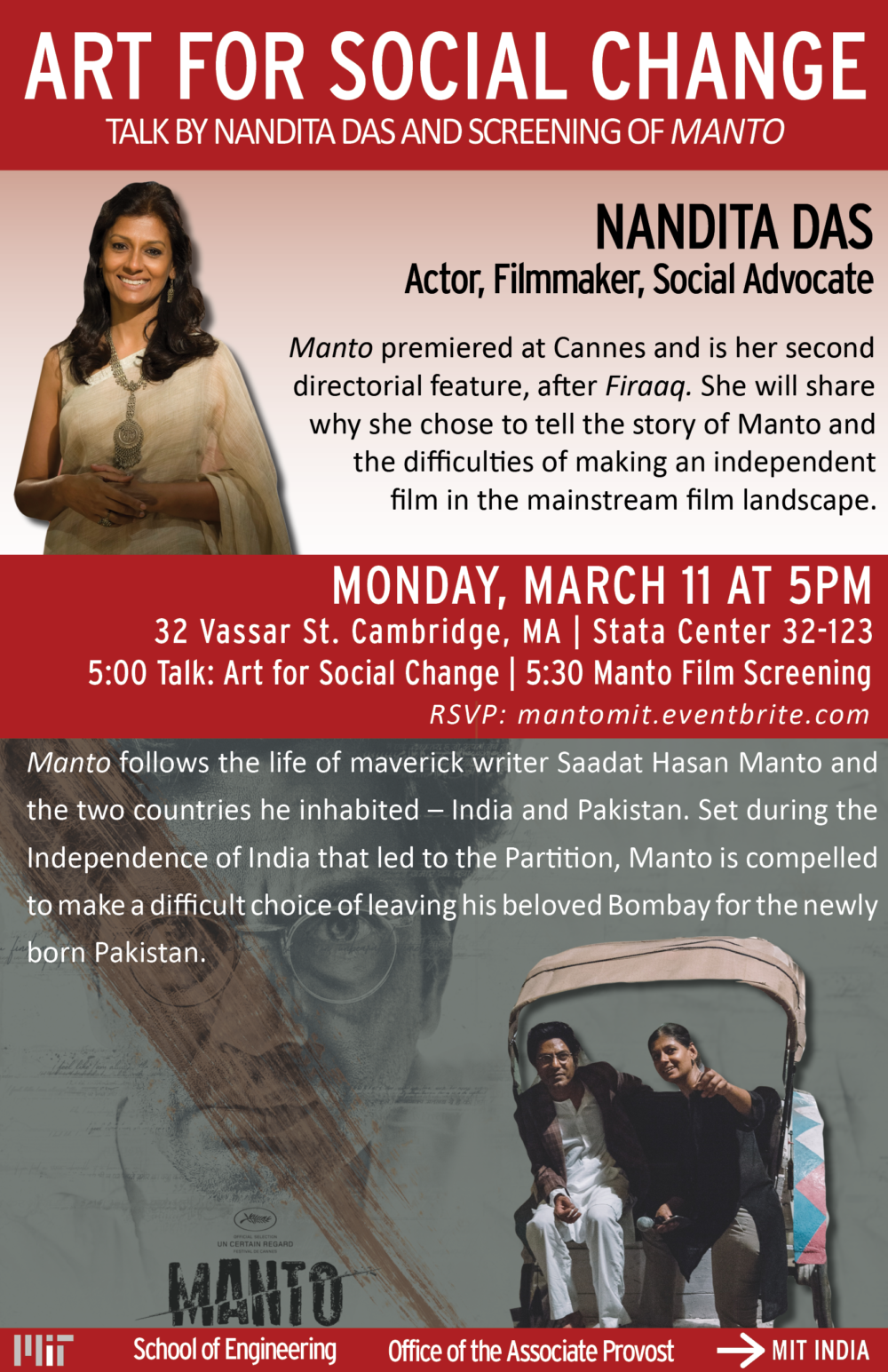