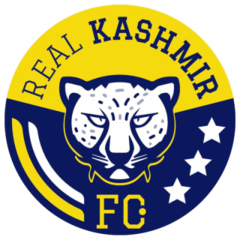 New Delhi– Chaos, clashes, conflict — these are the words often used to describe Kashmir. But a group of footballers are not only putting spotlight on the footballing power of Kashmiris but also showing that there can’t be any curfew on dreaming big.

It all started when a group of young men got together to launch Real Kashmir Football Club (RKFC) in Srinagar a few years ago. Today, the club is giving a tough fight to the champions. RKFC on Monday registered a remarkable 1-0 victory over Chennai City FC in the I-League.

Muhammad Hammad, a key player from RKFC, is overjoyed with the performance of his team. He says he wants to make not only Kashmiris but India proud.

“It is the first time that a team from Kashmir has competed in the I-league and I am really happy. I want my team to win the tournament. We are practicing day and night to make the win possible,” Hammad told IANS.

But for Hammad, what really matters is promoting “peace and harmony” through the tournament.

“I come from a place which is considered a conflict zone. And I feel sports is a great medium to promote peace among people. Despite facing severe challenges and less exposure, RKFC rose to such height. It feels great when people come forward and support us.

“People are getting motivated by us. If RKFC boys can do it, I am sure all the youngsters in Kashmir will now look up to football as a serious profession,” he added.

From being a small local club in the valleys of Kashmir to becoming one of the top teams in the I-League, the RKFC has grown beautifully in the game of football. But the team has also gone through a lot of challenges.

Adidas recently released a two-minute film on Real Kashmir, tracing their journey since its inception in 2016. The brand, in partnership with Real Kashmir FC, is also organising a photo exhibition in Bengaluru, titled #TheRealKashmir with an aim to show the ‘real’ side of Jammu and Kashmir.

The players of the club want to bring Kashmir in news for their achievements in football. And they are urging the government to work on the infrastructure facilities in the state.

Hammad said: “Sports is gaining a lot of importance in Kashmir. And people there have a keen interest in football. Since the interest is increasing, problems have also increased as Kashmir does not have proper football grounds. There is only one proper ground where everyone practice. It creates a lot of space constraints.

“The government should look after the infrastructure facilities and create more facilities in Kashmir for the aspiring footballers.”

Seeing the victory of the football club, filmmaker Aijaz Khan, who shot his film “Hamid” in Kashmir last year, hailed the team and considered the team’s performance as a “ray of light” in conflict-ridden Kashmir.

Talking about the crucial game ahead, English coach David Robertson said: “I am proud of my boys… And now we are just two points short of the leaders, expectations have become higher from the boys. I don’t want to pressurise them. Maintaining calm at this point is very important. I am trying my best to boost up the morale of the boys.

“The team is growing day by day… I have been with the boy from past two-three years. Trust me, the journey so far has been incredible.” (IANS)