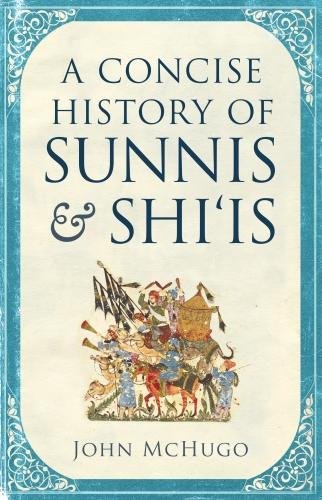 New Delhi– As 2019 settles in, enrich your knowledge with a concise history of the 1,400-year-old schism between Shias and Sunnis; read 14 translated stories by a celebrated modernist Malayalam litterateur; learn if villains are born, made or made up through the character of Mahabharatas villain, Duryodhana; and finally, see what life lessons Chanakya can teach students.

The IANS Bookshelf has these educational reads this weekend.

The book’s synopsis says the schism, which has rarely been as toxic as it is today, is feeding wars and communal strife in Syria, Iraq, Yemen, Pakistan, Afghanistan and many other countries, with tensions between Saudi Arabia and Iran escalating. India, too, has not been unscathed by this schism, and has witnessed periodic violence between the two sects throughout history.

It charts the story of Islam from the lifetime of the Prophet Muhammad to the present day, and describes the conflicts that raged over the succession to the Prophet, how Sunnism and Shiaism evolved as different sects during the Abbasid caliphate, and how the rivalry between the empires of the Sunni Ottomans and Shia Safavids contrived to ensure that the split would continue into modern times. Now its full, destructive force has been brought out by the struggle between Saudi Arabia and Iran for the soul of the Muslim world.

2. Book: Blue Eclipse and Other Stories; Author: Kakanadan; Publisher: HarperCollins; Price: Rs 399; Pages: 186
“Blue Eclipse” is a collection of 14 stories by one of the flag-bearers of modernist Malayalam literature, George Varghese Kakanadan (1935-2011). It has been translated from Malayalam by journalist Rishi Kakanadan.

If “Blue Eclipse” is an untrammelled exploration of surreal ideas, “Timeworn” is a simple tale of nostalgia that takes shape on a retired school teacher’s last day of life. Through an artist torn between his search for enlightenment and the magic of his model’s physical beauty, “Sreechakram” reflects on the Hindu philosophies of dualism and non-duality, while “Madness” and “Sunshine” talk about sex and the power of women in completely different circumstances.

The book also features an interview with the iconic novelist, which was published in Mathrubhumi weekly in March 2009.

3. Book: Duryodhanization; Author: Nishant Uppal; Publisher: Penguin; Price: Rs 499; Pages: 198
Claiming that Duryodhana was a man of strong character and integrity, Shakuni was a simple man who loved his subjects unconditionally and Dhana Nanda, Aurangzeb and Hitler possessed admirable leadership traits, “Duryodhanization” asks the readers: Are villains born, made or made up?

It refers to the birth and processes of development of a villainous character — whether in works of history or mythology. In this book, Uppal ekes out the dark side of management and leadership by studying fascinating characters from the Mahabharata. He probes what it really means to be a villain, and if villainous traits are inherent or cultivated.

Touching upon personality traits like Machiavellianism, narcissism, psychopathy, neuroticism and sadism, the book draws from history, mythology and literature, and unpacks the process of villainisation through the character of the legendary villain, Duryodhana.

4. Book: Chanakya In the Classroom: Life Lessons for Students; Author: Radhakrishnan Pillai; Publisher: Speaking Tiger; Price: Rs 499; Pages: 347
Written by the bestselling author of the Chanakya Series, which includes the “Corporate Chanakya”, “Chanakya In the Classroom” seeks to present some of the principles and suggestions given by “the most revered teacher and observer of human nature” that work best for students.

Culled from one of the sharpest minds in Indian philosophy and economy, the nuggets offer to make Chanakya’s teachings accessible to everyone. The book systematically addresses the most common issues faced by students, and seeks to help in concentration, purpose, learning, discipline, awareness, devotion, duty and responsibilities. (IANS)