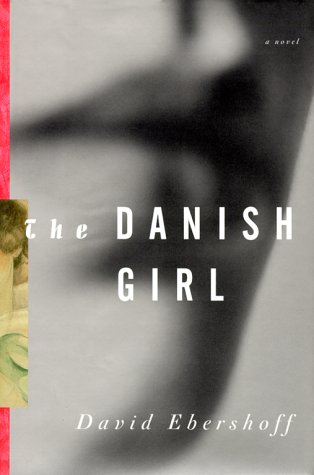 New Delhi– “The Danish Girl” author David Ebershoff feels the Supreme Court’s decision to repeal Section 377 of the Indian Penal Code, which criminalised homosexuality, is a huge step towards creating an equal world. He says the decision to recognise the LGBTQ community as “legitimate members of society instead of a criminal class” will help people embrace their true identity.

“This is a huge step forward and one that will have immediate ramifications — an LGBTQ (Lesbian, gay, bisexual, transgender, queer) person or couple is no longer deemed criminal by the government,” Ebershoff told IANS.

“But, just as important, subtle changes will occur for several years to come. Younger people will no longer have to wonder why their most innate sense of themselves is deemed criminal by their government,” said the author in an email interview to IANS when asked about how the world is changing for the LGBTQ community around the world, including India.

He continued: “Parents and teachers and other figures of authority will subtly begin to look at their LGBTQ children, or young people in general, as legitimate members of society and not a criminal class. These steps will be gradual and will vary in many places and settings, and many will be slow to adopt these new attitudes. However, by taking away the charge of ‘criminal’ a lot of other legal protections can be put in place.”

Ebershoff, who was in India last November for the Tata Literature Live!, is very passionate about the issues of LGBTQ community. His 2000 debut novel, “The Danish Girl”, tells story of Lili Elbe, one of the first people who came out and went for gender reassignment surgery.

Her story found its way onto the silver screen through a similarly-titled film with stars like Alicia Vikander and Eddie Redmayne getting associated with the project. The film hit the right note with critical acclaim as well as a nod from The Academy in the form of multiple Oscar nominations.

Apart from writing a novel about the emotions one goes through in the journey to find one’s sexual identity, Ebershoff has appeared twice on Out Magazine’s top 100 list of most influential LGBTQ people.

In the US, President Donald Trump time and again makes news for working on anti-LGBTQ policies. The author says Americans have realised what they can lose and have started “resisting the policies of this administration”.

“I believe it will only energise LGBTQ Americans to fight for equality and justice, not just for themselves but for all individuals targeted by the current President,” said the author, originally from Pasadena and settled in New York.

“I also believe many younger Americans have realised that so many of their rights are at stake and they are getting involved in resisting the policies of this administration,” he added.

He feels discrimination against the community still exists.

“So much has been gained, but so many are still fighting for basic dignity, equality, justice under the law, freedom from violence, and access to health care.

“This is true in the US, and around the world. Those of us in positions of privilege, such as myself, must speak out on behalf of those who face discrimination and hatred every day of their lives. It’s one reason I wrote ‘The Danish Girl’ all those years ago. It’s one reason I continue to tell queer stories,” added Ebershoff, who is also the author of “The 19th Wife” and “Pasadena”.

What’s next for him?