Beijing–China has passed a law that seeks to “Sinicize” Islam within five years and might do that with other four religions in the country, according to the state media.

Under the all-powerful Chinese President Xi Jinping, China has heavily cracked down on religion, especially Islam practised by most Uighurs in the country’s Xinjiang province who Beijing suspects of having separatist and extremist tendencies.

“China passed a five-year plan to Sinicize Islam at a meeting on Saturday with representatives from China’s eight Islamic associations,” said a report in the Global Times.

“During the meeting, participants agreed to guide Islam to be compatible with socialism and implement measures to Sinicize the religion. This is China’s important act to explore ways of governing religion in modern countries,” the report said.

There are over 20 million Muslims in the country. Islam is one of the five officially recognised religions in atheist China. The other four are Taoism, Buddhism, Catholicism, and Protestantism.

The top officials in the Chinese government have often likened the religion to “mental disease” that “needs to be cured.”

China has come under heavy international criticism for reportedly detaining over 1 million Muslim Uighurs in indoctrination camps in Xinjiang.

In the past, Beijing has adopted heavy-handed measures with the authorities confiscating copies of the Quran, issuing diktats to Muslims not to grow beards, and not choose names for their wards which sound “too Islamic.”

Defending the “Sinicization” of Islam move, the Global Times in an opinionated report, said: “Generally speaking, modern countries are secular and diverse in a globalized world. But the revival and spread of religion have somewhat impacted secular society. Fundamentalism has caused more religious violence and religious nationalism is threatening countries’ legitimate governments and leading to social instability.”

“Governing religion is a common challenge faced by all modern countries. The main purpose of China’s five-year plan to sinicize Islam is to seek governance that tallies with Chinese practice, and it is not only limited to Islam.” (IANS) 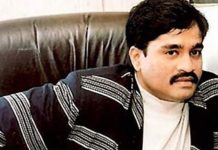 Underworld Don Dawood Ibrahim Could be Involved in 2,000 Match-Fixing Scam 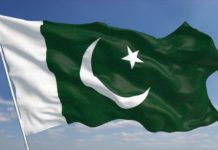 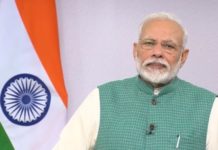