The US and India have made meaningful progress advancing bilateral defence cooperation over the past year, Mattis said in a statement issued by Pentagon, reports Xinhua news agency. 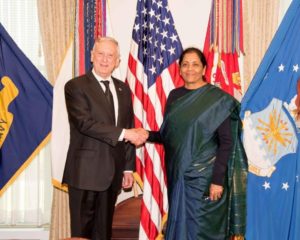 Mattis stressed the inaugural US-India “2+2” Ministerial Dialogue, which was held in September in New Delhi, “made clear our commitment to further bolster our major defence partnership.”

Sitharaman said that India saw the US as an important partner in defence.

In October, Indian and Russian leaders formally signed a purchase agreement for the S-400 air defence missile system worth more than $5 billion. (IANS)