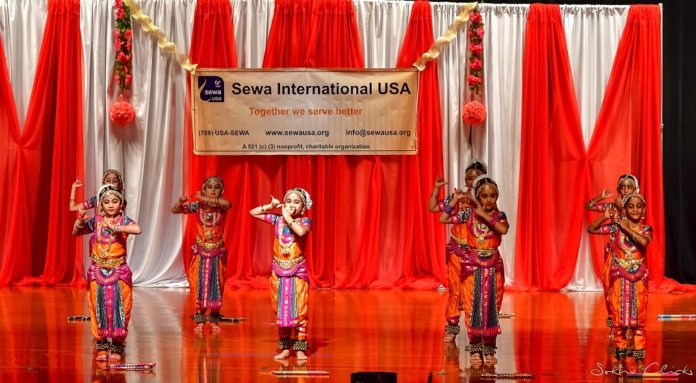 Nrityameva Jayate, a dance competition took place at the Keefe Technical School in Framingham, MA on November 18th, 2018 and its grand success was attributed to the active participation of 850 attendees, 17 dance schools, 331 performers, 13 judges and several hardworking volunteers.

A total of $18,000 raised in the fundraiser will be used to boost Sewa’s ‘Feed the Hungry’ program and other community service projects. Like every year, this event helped to promote volunteerism and create awareness among the community to serve those in need, Sewa International said in a statement.

The program was inaugurated with melodious chanting of the holy invocation mantra by Ms. Taejaswi Narayan and Ms. Smritha Srinivasan and deep prajwalan by Smt. Ekta Jain, the owner of Ekta Dance Academy.

The emcees for the event, Smt. Geetanjali Virmani and Smt. Yogita Miharia, introduced Sewa organization’s mission and projects to the audience. 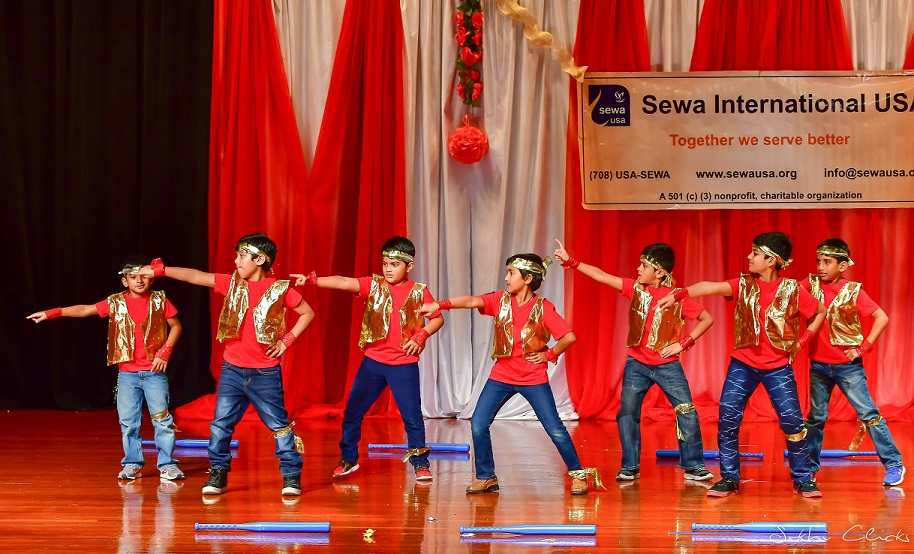 The competition which consisted of categories based on age and dance forms (classical, folk and Bollywood), started off with beautiful performances by 6-9 year old’s, followed by dances in the 10-12 years category.

The audience watched with pride as these young kids showcased their talent and skills through different Indian dance forms. A panel of esteemed judges reviewed the performances carefully. The chief guest for the event, Shri Chetan Shah, Senior Director at Waters Corporation in Milford, MA distributed the prizes to the winners in these categories. He also talked about his wonderful experience volunteering with Sewa. He runs a group called Helping Hands which partners with Sewa to contribute to its Feed the Hungry program.

Next were the performances by 13-17 year old’s, followed by dynamic performances in the adult category that attracted huge rounds of applause from the audience. Shri Ashwani Garg, Vice President of Sewa International gave away the prizes to the winners in these categories. The emcees kept the audience entertained throughout with their commendable anchoring skills and stage presence.

Shri Raju Datla, chief volunteer of Sewa, made an appeal for ‘Sponsor a Child’ program of Sewa International, to which several people responded during the event. Moreover, Smt. Geetanjali Virmani explained to the audience the ‘Sewa Yagna’ that was being conducted to enable participation of broader community in Sewa projects by making a $11 donation. Many families responded and participated in Sewa Yagna with $11 donations.

The program ended with a vote of thanks by Dr. Pramod Pandey, a longtime volunteer, who expressed gratitude to everyone involved with Nrityameva Jayate for supporting an important cause and invited them to become active members of Sewa Boston team.

Sewa also received support from India Association of Greater Springfield and Nashua Cricket League who made donations for the cause.