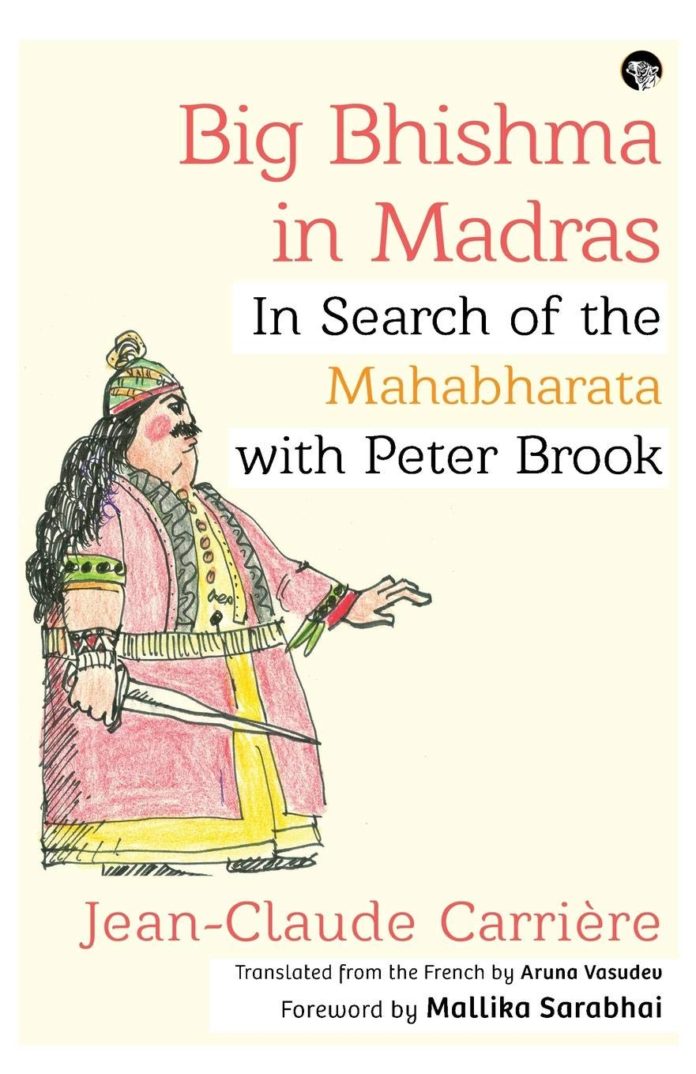 New Delhi– In 2018’s last weekend, discover what French playwright Jean-Claude Carriere learnt about the Mahabharata from his notes from his India trip; flick through tarot predictions made for your health, wealth, career and love in 2019 and read a marine engineer’s fictional story as she battles storms in the sea and her love life.

The IANS bookshelf this weekend has these final reads for the year.

Originally published in 1997 in French, the book is a compilation of the notes of the India travels (1982-85) of Oscar recipient and cinema-theatre legend Jean-Claude Carriere when he was researching with director Peter Brook the ‘Mahabharata’ timeless epic. Carriere’s colourful illustrations also run across its pages.

“Together they travelled across India, searching for all possible theatrical forms of the great poem. The result was an epic play — 9 hours with two intermissions — later made into a film and a TV series, which has become a landmark in theatre,” the book’s synopsis sa.

In the book, the journey of Carriere’s need “to see and to hear India” begins in September 1982, when he arrived at the Delhi airport “in the dead of the night”.

“The ‘sacred frenzy’ of Theyyam in a Kerala village and the intricacies of Kathakali are interwoven with their encounters with the aged Shankaracharya of Kanchipuram, a ‘one-in-three saint’, and the legendary Satyajit Ray in Kolkata. Here they also meet Professor P. Lal, who has been working for twenty years on translating the Mahabharata into English. It is vignettes like these that make their search for the epic into a journey that shows India, through Carrière’s words and sketches, in a way it has never been seen before.”

Life is full of surprises, and horoscope predictions claim to acquaint readers with them. Forewarned is forearmed, says “Tarot Predictions 2019”. It is the fifth book of Karmel Nair, who worked as a radio jockey before embarking on a career in tarot fortune-telling.

“A new-age guide to help predict your future with the help of magical Tarot cards, it tells you what’s in store for you professionally as well as in your personal life; whether health will be a cause for concern; whether you will be struggling financially or come into wealth soon,” the synopsis says.

The book is divided as per the 12 zodiac signs, and gives out monthly love, health, wealth and career predictions for each sign.

“Anchor My Heart” is a fictional tale written by Nyari Nain, who is a marine engineer and as per the book, “one of the very few women in shipping”. It revolves around the protagonist Lehar Saxena, the fourth engineer on board the ship MV Orchid, who has has no time to “prissy up in front of a mirror or flirt with the boys”.

Amidst the machines, sweat and testosterone surrounding her loom thoughts of her long-distance relationship with Sameer, a doctor who is always too busy at the OPD. As she steers across the violent and pirate-infested high seas, Lehar must focus on her work — even as Veer, the handsome second officer who recently joined the crew, proves to be a pleasant distraction. He may be just what she needs as the journey grows even longer, and far more dangerous.

“Windhorse Warrior”, written by RC Friedericks — who founded a hospital in Nepal — offers an inside look at the struggles and aspirations of the Tibetan people during the 1950s. It is a tale that weaves together the politics of occupation and resistance, an other-worldly romance between a Chinese communist and an educated Tibetan woman, and the soaring vision of the Tibetan spiritual heart.

The fictional protagonist, Chuang Wei Ming, a young zealot from Shanghai, arrives in Lithang on the eastern Tibetan plateau with a mission to prepare the people for Maoism but soon outgrows its limiting worldview. Chuang falls in love with the beautiful and intelligent Dechen, who introduces him to the richness of Tibetan Buddhism. Palden Rinpoche, Dechen’s spiritual teacher, includes Chuang in their plan for a general spiritual awakening based on the Legend of King Gesar of Ling. Together, they pursue a pure communism infused with Buddhist teachings to create an ‘enlightened society’.

The story is based on the events leading up to the general uprising against Chinese occupation in Lithang in 1954, which spread across Tibet and culminated with the Dalai Lama going into exile in 1959, the author writes in the book’s introduction. (IANS)