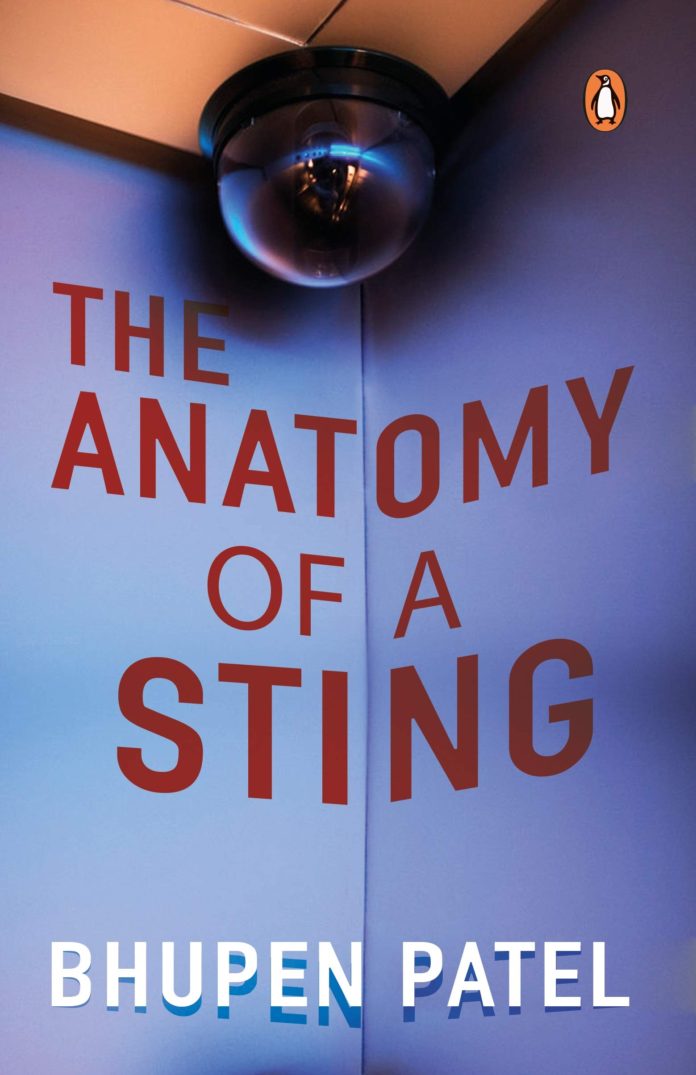 New Delhi– Flick through the “anatomy” of sting operations conducted by an investigative journalist; learn how to think like former US President Barack Obama through mantras presented in a new book; discover the world through the eyes of Anantya Tantrist, who must deal with sorcerers to solve a mystery for the CBI; and finally, enter Sultanpur, which is in danger from a demoness released by a forbidden spell.

IANS Bookshelf has these varied reads for this weekend.

1. Book: The Anatomy of a Sting: An Inside Look Into Undercover Operations; Author: Bhupen Patel; Publisher: Penguin; Price: Rs 299; Pages: 212
The book, charting undercover operations conducted by crime and investigative journalist Bhupen Patel, recounts in detail “some of his most dramatic and hard-hitting stings”.

The foreword by Aniruddha Bahal, editor-in-chief of Cobrapost, begins by invoking the the Watergate scandal, broken by Washington Post’s Bob Woodward and Carl Bernstein, and refers to book’s chronicles as those of “grit, gore and crime from the world of crime”. Patel is introduced as a journalist having “exposed all sorts of rackets” when he worked with leading media houses. As per the book, he is credited with cracking the modus operandi of the Mumbai train bombings in 2006, and receiving exclusive access to Ajmal Kasab’s interrogation CD.

“It takes us through the entire process of a sting and reveals the hard work it takes to not just uncover a story that requires further discreet investigation but also gather enough evidence to bring it to the notice of the public and the authorities concerned,” the synopsis reads.

2. Book: How to Think Like Obama; Author: Daniel Smith; Publisher: Hachette; Price: Rs 299; Pages: 224
Written by Daniel Smith, who has previously authored similar books on the thought processes of Steve Jobs, Sigmund Freud, Stephen Hawking and Bill Gates, among others, “How to Think Like Obama” gives a “unique insight into the mind of one of the world’s great influencers” and the first African-American man to be the US President.

Born to a black Kenyan father and white American mother, raised in Hawaii and, briefly, in Indonesia, Barack Obama would typically never have been tipped for a future President of the United States. With the price of change being gritty negotiation and compromise, Obama evolved the skills of a 21st century President which belied his relative inexperience to achieve the America that, as a young man, he had dreamed of.

The offering “reveals the motivations, inspirations and philosophies behind a man who broke the mould to challenge the status quo” and carries his thoughts on leadership, innovation, overcoming obstacles and fighting inequality. Peppered with quotes by and about him, it claims to teach you to think like Barack Obama.

3. Book: The Rakta Queen; Author: Shweta Taneja; Publisher: HarperCollins; Price: Rs 399; Pages: 321
It is the third installment in the Anantya Tantrist Mystery series, centered on the character of Anantya Tantrist, who is “all that stands between Delhi and the forces of darkness”, and is penned by bestselling author Shweta Taneja.

The book’s synopsis gives the following sneak peek: “A Kaula tantrik is brutally murdered by his chandaali slave. The same night, a group of university students lose their minds and perform an orchestrated orgy in front of the Vidhan Sabha metro station. To get to the truth, Anantya Tantrist, unofficial consultant with the Central Bureau of Investigation, must navigate her way past murderous sorcerers, deadly chandaalis, an underground betting scam run by jinns, and a renegade aghori teacher. Anantya must confront her past and rid it of its demons, before she meets a slow and painful death at the hands of her deadliest enemy yet.”

4. Book: The Sultanpur Chronicles; Author: Achala Upendran; Publisher: Hachette; Price: Rs 450; Pages: 341
“The Sultanpur Chronicles” is a fictional account that revolves around the Sultanpuri Empire, a rich collection of kingdoms and states which has lived peacefully for over 300 years. It is home to a rich terrain, from the freezing mountains of Firozia to the high waves that break on Karizen’s rocky cliffs, and from the cities and souks of Dastakar to the djinn-filled Western Desert.

Formed after the end of the Human-Rakshas wars and ruled with an iron hand by the imperial family, it has reached the pinnacle of influence and prosperity. All of this, though, has come through the banishment of the powerful rakshasas.

But when a forbidden spell releases a rakshasi in the empire’s capital, the darkness that has been lurking below the surface comes to loom over it, threatening to plunge the empire into chaos and envelop everything in its murderous embrace. (IANS)