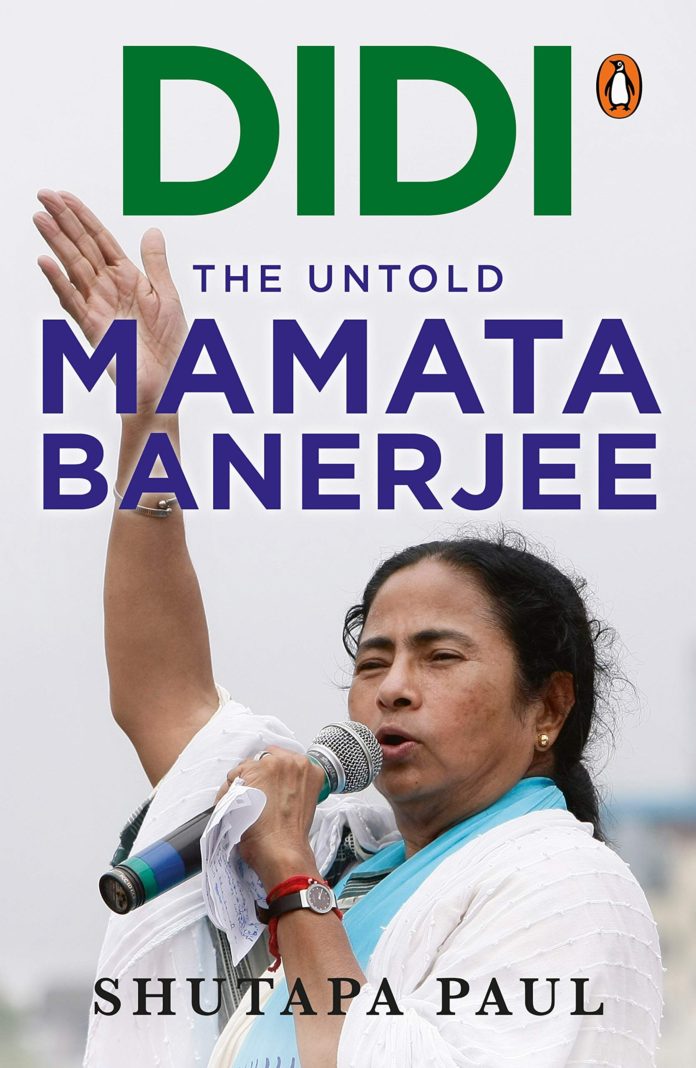 New Delhi, Dec 7 (IANS) Read a biography charting Mamata Banerjee’s rise from a student leader to the first woman Chief Minister of West Bengal and how she could be a possible “kingmaker” after the 2019 general elections; take in a novel set against the backdrop of old Punjab, early California and revolution-torn Mexico; read a fictional tale that pits debt-laden farmers against the political forces at work; and finally, get a peek into the world of start-ups in India.

The IANS bookshelf has these paperbacks by debut authors for this weekend.

1. Book: Didi: The Untold Mamata Banerjee; Author: Shutupa Paul; Publisher: Penguin; Price: Rs 299; Pages: 228
Titled “Didi”, as West Bengal Chief Minister Mamata Banerjee is often referred to, the book explores her struggles and achievements, and opens a window to the life and times of Banerjee, described by the author as “one of the most dynamic politicians of our country.”

It looks in detail at “her unique style of politics”, which enabled her to defeat the formidable three-decade-old Left Front government in the state in 2011. But that is not all. Charting her upbringing, her college days, and her fight with the CPI(M), it goes on to draw a contemporary analysis of the leader’s significance in national politics.

But what made Banerjee, the beloved “Didi” to thousands of people?

“Her penchant for standing with the people, especially those marginalised by the Left Front’s policies, even when she has to go against the law of the land, gave her this title… Her mannerisms are simple, her garb just white cotton saris and rubber flip-flops. Mamata is still the same person she was when she first stepped into politics… Mamata is more than aware that if she gets her electoral mathematics right, she could play a decisive role in the next Lok Sabha polls — maybe even stand a chance at prime ministership,” the book says.

2. Book: The Rainbow Acres; Author: Simrita Dhir; Publisher: Om Books; Price: Rs 295; Pages: 287
Written by an academic brought up in Punjab and now based in California, “The Rainbow Acres” is a novel about migration, selfless love, fortitude, friendship, and the quest for land and identity. It is set against the backdrop of old Punjab, early California and revolution-torn Mexico.

In 1916, Kishan Singh’s village Noor Mahal in Punjab (then under the British rule) faced heavy rain, destroying the crop, triggering influenza and leaving behind dead villagers. The devastated protagonist sets out on a life-threatening voyage across two oceans for an unknown land. On the other hand, Sophia’s idyllic world in Mexico’s Guadalajara, falls apart in 1919 when she becomes a hapless victim to the ravages of the Mexican Revolution and battles hunger, poverty and near prostitution before embarking on a perilous night journey across the border.

Will their paths cross in the land of opportunities that is overrun with racial and class barriers?

3. Book: The Long March; Author: Namita Waikar; Publisher: Speaking Tiger; Price: Rs 350; Pages: 238
This novel, written by the managing editor of People’s Archives of Rural India (PARI), weaves a story around Vidarbha’s farmer suicides, where yet another farmer commits suicide, and is survived by his son Vikram Sonare. Vikram is, as he should be, devastated and furious. His work with the Agricultural Technology Centre and new-found knowledge of social media inspires him to build a network with youth across India and start a silent revolt. He is joined by Mallika Joshi, who works with an NGO in Mumbai, and meets farming families neglected by the government and suffering under the weight of increasing debts.

The book unfolds the “epic mission” they undertake to draw attention to the plight of farmers and other underprivileged sections of society, and finally mobilise millions of people to march into the major cities of India. After the success of the march, the group transforms into a revolutionary political party. But will the existing political forces allow it to succeed?

“This sensitive novel explores the fallout of the agrarian crisis, especially in Maharashtra, where a fifth of the 310,000 farmer suicides recorded across twenty years have occurred. A moving and humane tale of that great catastrophe, it reflects damage and despair, but also a hope for change amidst one of the greatest tragedies of our time,” farmer-rights crusader P. Sainath has written in his endorsement of the book.

4. Book: Freedom to Fail: Lessons From my Quest for Start-up Success; Author: Shabnam, Aggarwal; Publisher: HarperCollins; Price: Rs 299; Pages: 195
Raised in an immigrant Indian family in the start-up hub of Silicon Valley, Shabnam Aggarwal believed that every entrepreneur could be successful. So she left her cushy job at Merrill Lynch to take a risk, find her passion and make a difference in the world. She moved to India to start a company.

In “Freedom to Fail”, she tells the story of her brush with success: Raising her first round of venture capital; hiring a hardworking team of millennials; growing her start-up to multiple cities… and then finding it all come to a bitter end.

Weaving each chapter into a lesson in overcoming expectations, fear and self-doubt, she shows why failure is important, even imperative, in order to ultimately succeed. (IANS)