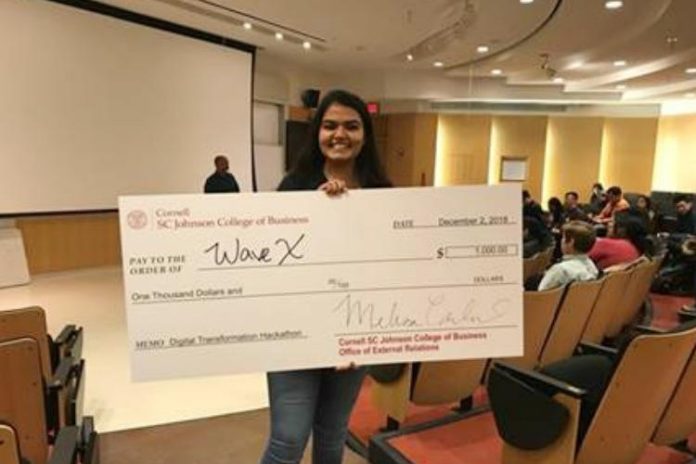 New York–An Indian-American teenager has won the inaugural “Digital Transformation Hackathon” at Cornell University for designing a device to detect the actual pain level of a patient during a diagnosis.

“It’s incredibly upsetting and problematic how hypothetical the concept of pain diagnostics is. Doctors have no way of knowing how little or how much pain someone is truly experiencing when they go in to be diagnosed,” Siddiqi said in a statement on Friday.

A Class 12 student at Vestal High School in New York, Siddiqi was the only non-graduate student competing at the hackathon held earlier in December.

She and her team won the first prize at the competition, and are now working with representatives from companies such as Microsoft to produce a prototype of their pain-detecting device, the statement added.

“We need to design a system where patients are looked at as a whole, and doctors are able to know for sure, using our device/pure science, how much pain a patient is experiencing instead of just their personal description/perception of their own pain,” Siddiqi said. (IANS)

UK to go ahead with 14-day quarantine for new arrivals: Patel

Indian-American praised for providing refuge to protesters during curfew

‘Mallya can be extradited anytime, all legalities done’

Have empathy for those who are scared, uncertain: Satya Nadella