New Delhi– The history of the British Raj is much more complicated than what has been presented in various books, including the bestselling “An Era of Darkness” by Shashi Tharoor; it cannot be looked at only from a polemic point of view by ignoring the social history of the Britons in India, says David Gilmour, one of Britains most admired and accomplished historical writers and biographers, whose “The British in India: Three Centuries of Ambition and Experience”, was launched here earlier this week.

Gilmour, who has previously authored two biographies of controversial Raj figures, Rudyard Kipling and Lord Curzon, has written about the unglamourous Britons, like the engineers who dug canals or foresters who worked up in the Himalayas, who remain lesser known till today. Understanding their lives in India and not just those of the viceroys and generals, he maintained, was significant to present a panoramic visual of British life in India. 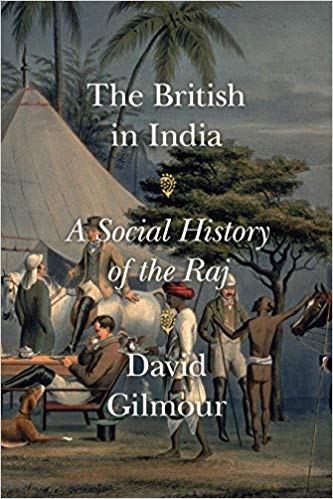 “To me history is about studying the past and finding out what happened. To me history is not a question of debate. I have known Shashi Tharoor for many years; he is a man of many talents but he is certainly not a historian. He used history as a polemic in his book, but my book is different. My book is not a defence of the empire or its criticism, it is a book about people who got caught up in the long British involvement in India.

“Sometimes people think of the British Raj as something unique. It’s one of the things that happened, like the Roman empire. Think of it this way: Somebody trained to be a doctor in London and then there came a job opportunity in India, so he took it up. He did not come here because he wanted to behave like an imperialist or enslave the Indians. I think it is very important to talk about people as individuals and human beings and why they did these things rather than looking at them all with a polemic view,” Gilmour, who was here to launch his book, told IANS in an interview.

He maintained that most of the Britons who came to India during the Raj did not intend to be here, and they did not have an imperialist point of view.

“The women who married British officials while they were on leave came to India with them as a matter of pure coincidence, they never planned it…nor did their children who were born later. Half the British population in India were soldiers in the British army and when an 18-year-old went to enlist at a regimental headquarter, he never knew that he was going to be sent to India. He could have been sent to Canada the West Indies or elsewhere. Their lives were accidental, and they are not the heroes in my book, but characters,” asserted Gilmour, whose other works include “The Pursuit of Italy” and “The Leopard, a Life of Giuseppe di Lampedusa” as well as several books on the modern history of Spain and the Middle East.

He talked about the lives of those who did not fit in with the usual image of the Raj: “the tramps and rascals”, the men who “went native”, the women who scorned the role of the “traditional memsahib”.

“Of course it wasn’t entirely because of them, but in some ways they did contribute…There were many Britons who didn’t like Indians and behaved badly but there were also scientists, geographers, explorers, and those who wanted to know the land. I think one of the main British contributions is in the field of Indian flora, the expeditions in the Himalayas that led to the discovery of many plants,” he said.

He pointed to the arguments from both sides, saying that the British assert they gave Indians the law, the democracy, cricket and so on while the Indians say that’s not true.

“It’s much more subtle and it’s much more subtle than Mr Tharoor (Tharoor’s book). I wrote a book 15 years ago called ‘The Ruling Caste: Imperial Lives in the Victorian Raj’ about Indian civil service and Shashi Tharoor reviewed it in a very nice way and an extract from his review is on the American edition of this new book. At that time Mr. Tharoor was at the United Nations, now he is a politician here and his views are different”.

Gilmour contended that the British “most definitely” did not give democracy to India but what it did was that it “established the institutions in the 19th century” — the free press, the legal system, and the universities in which a lot of India’s future leaders were educated.

“I acknowledge that episodes like the Amritsar massacre (Jalianwala Bagh) were a terrible thing but should it be an issue now between the two countries. I do not think so. I apologise but it wasn’t my fault that it happened and I think, at a personal level, British-Indian relations are very strong, and they have been cemented by all sorts of things. Indian food, for example, is a craze in Britain; we have more Indian restaurants in Britain than any other.. So I think it’s more about individuals.”

Gilmour, according to the publisher Penguin Random House, spent decades researching in archives, studying the papers of many people who have never been written about before, to create this magnificent tapestry of British life in India. (IANS)