Mumbai– Actor Adnan Khan has taken a liking for Mixed Martial Arts (MMA) and considers it to be a stress buster.

“I start my day at 6 a.m. with my Mixed Martial Arts class which pumps me up. I have been learning various striking and grappling techniques, adding to my overall strength training,” Adnan said in a statement.

“Moreover, MMA is a major stress buster for me and all my tension and tiredness are taken care of when I am practicing it. It is my new-found love and I am looking forward to acing the form and enhancing my physique,” he added.

On the work front, he plays Kabeer Ahmed in the show “Ishq Subhan Allah”.

Rajkummar, Varun to shoot for horror-comedy film in UP

Mumbai– Actors Rajkummar Rao and Varun Sharma will shoot for a horror-comedy film in Uttar Pradesh next year.

After “Stree” and “Made In China”, Rajkummar and producer Dinesh Vijan will be working on the untitled horror-comedy soon.

“The film will be shot in Moradabad, Uttar Pradesh. We will start the recce now and we are looking at rolling it next year,” Vijan said in a statement.

“Rajkummar plays a small-time goon whose plans go haywire when he discovers that he might be in store for some supernatural encounters. You can be sure he will be as riveting as ladies’ tailor in ‘Stree’, chasing after a ghost,” he added.

The film will be released in January 2020.

The female lead is yet to be finalised.

“It’s a very interesting character and we will probably lock the name by next month,” said Vijan.

He also shared that it is not a sequel to this year’s hit film “Stree”.

Mumbai– Actor-singer Diljit Dosanjh, who is reuniting with Kareena Kapoor Khan for the upcoming film “Good News” after starring with her in his maiden Bollywood outing “Udta Punjab”, says he is in awe of the actress whom he considers an “amazing” human being.

“Kareena ma’am is an amazing human being. This is my second time working with her. My debut film in Bollywood was with her and I am still in awe of her.

“She has no air about herself. She comes on sets, works like a thorough professional and is cordial with everyone. There is a certain warmth to her which is truly worthy of appreciation,” Diljit told IANS.

Also featuring actors Akshay Kumar and Kiara Advani, “Good News” is a laugh riot, family drama in which Akshay and Kareena play a married couple that is trying for a baby.

Diljit and Kiara essay the role of a Punjabi married couple trying for a baby as well.

Lahore– Pakistani actor-singer Ali Zafar hopes Indian filmmaker Nandita Das’ “Manto” is released in Pakistan as he feels the new generation will get a chance to know about the Urdu writer Saadat Haasan Manto on a deeper level.

Nandita is disappointed after learning that “Manto” did not get clearance for release in Pakistan.

However, Pakistan’s Information and Broadcasting Minister Fawad Chaudhry has extended help, while an online petition by writers and artistes has urged Prime Minister Imran Khan to lift a ban on its screening.

On his part, Ali, who has worked in Indian films too, tweeted in support of the movie.

“Saw ‘Manto’ on Netflix in Pakistan. Thoroughly impressed by the nuanced direction by Nandita Das and brilliant depiction by Nawazuddin Siddiqui. This generation must get know Manto on a deeper level and own its literary heritage and heroes. I hope it releases here,” Ali wrote.

Mumbai– Actor Tarun Khanna has joined the cast of “RadhaKrishn”. He will essay the role of Lord Shiva in the show.

“When I was offered the role of Mahadev, I couldn’t deny. I have a very strong connection with Mahadev and this time around when I was approached, I instantly said yes,” Tarun said in a statement.

“Radha (actress Mallika Singh) and Krishn (actor Sumedh Mudgalkar) are my two most favourite people on the set. Everyone is warm and welcoming,” he added. 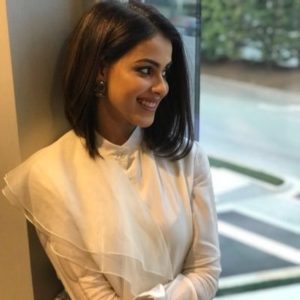 Reminiscing their memories, Genelia posted an adorable photograph of herself with Riteish on Instagram and wrote: “Dear Forever, I still remember celebrating your birthday on ‘Tujhe Meri Kasam’ sets… 17 years ago. Time flies and I have had the opportunity to celebrate so many of your birthdays through all these years.”

“Your birthday will always be most special to me because it’s the day the world got its best creation and that creation is my partner through thick and thin. I love you and I will take every opportunity to remind you of how much I do. Happy Birthday,” she added.

The couple, who has featured together in movies like “Masti” and “Tere Naal Love Hogaya”, tied the knot in 2012 and welcomed their first child, a son named Riaan, in November 2014. Their second son Rahyl Deshmukh was born in June 2016.

Genelia and Riteish have also reunited on the big screen after four years for a song “Dhuvun taak” in the latter’s latest released Marathi movie “Mauli”. 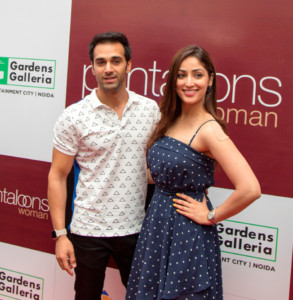 As part of the campaign, a band of specially trained dogs, who with their handlers and the forest department, will combat wildlife crime by helping collect concrete evidence against wildlife poachers and smugglers.

The “Vicky Donor” actress on Sunday also attended the graduation ceremony of the seventh batch of the wildlife sniffer dog squad at the BSF’s National Training Centre for Dogs here.

“Wildlife poaching is a serious issue. A more organised way and tactics are needed. That’s exactly what Super Sniffers programme does by training these amazing dogs who are trained to expose such activities with training that’s given to them,” Yami said in a statement.

“Illegal trade of animal, animal skin and body parts is truly concerning and it needs to be addressed,” she added. (IANS)