For the first time, the event will be hosted in six different locations, allowing film enthusiasts to participate in nearby screenings even on busy weeknights, organizers said in a statement. The locations are Wellesley, Lowell, Lexington, Boston, Providence and Cambridge. A total of 10 feature films and several shorts will be shown.

“The intertwined, twin themes of Caleidoscop 2018 are love and social justice,” said Chitro Neogy, festival director of Caleidoscope 2018. “From the opening film Teen Aur Adha (Hindi/Marathi) to the closing one C/o Kancharapalem (Telegu), the audience will witness intricate manifestations of love and affection, sometimes transactional or situational, often across diverse age groups and racial walls.”

Mr. Neogy said that in The Song of Scorpions (HIndi) featuring Irfan Khan, Golshifteh Farahani and Waheeda Rahman, love takes on a savage and imperfect tone that swings between compassion and revenge. Others like Juze (Konkani), LGBT themed Evening Shadows (Hindi) and Turup (Hindi) are crossover films, where love is challenged by social taboos, leading protagonists to choose their own paths to fulfilment, not always successfully. 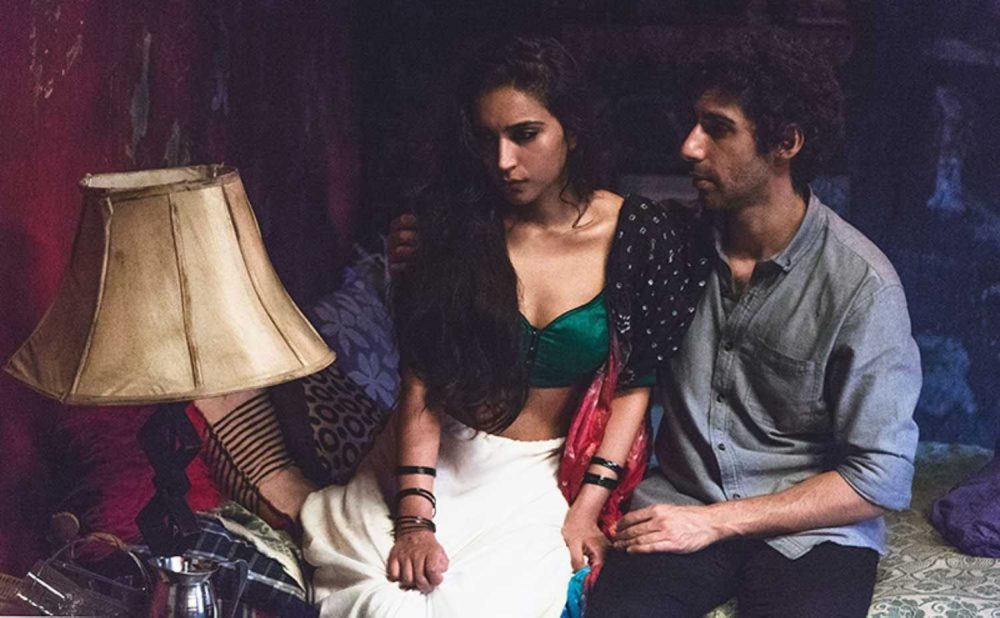 “Finally, powerful creations such as Manusangada (Tamil) and Pupa (Bengali) are stark reminders of both social injustice that exists even today but also inner dilemma and conflict that prevent us from achieving our goals,” Mr. Neogy said.

Full details are on the site www.calfilmfest.org .

A number of film personalities will be attending the festival this year for Q&A sessions following their screenings. Representing six award winning Evening Shadows will be popular TV and film actress Mona Ambegaonkar from Mumbai and the producer Hussain Ali. Also visiting from Mumbai is producer Shivanggi Choudharry of unorthodox thriller “Aami Joy Chatterjee” showing in Providence, RI. The director of C/o Kancharapalem Maha Venkatesh, and its producer Praveena Paruchuri will be at their film’s screening. Some of the shorts being shown, most notably “Miya Bibi and Banana” will also be represented in person.

“Since its inception in 2015 with a single day fest, this unique cine celebration, organized by Acton based Calcutta Club USA, has been rapidly growing in popularity, as well as in duration of the event. Caleidoscope is a competitive festival, showcasing the best contemporary arthouse, non-Bollywood and parallel cinema creations,” the statement said. “It is a platform that celebrates the talent of Indian origin filmmakers, bringing their exceptional works to light and rewarding the best ones. Films are carefully curated from hundreds of multilingual submissions (subtitled in English), exhibited in professional venues and evaluated for awards by a panel of diverse, experienced jurors.

Film details and ticketing information is available on www.calfilmfest.org. 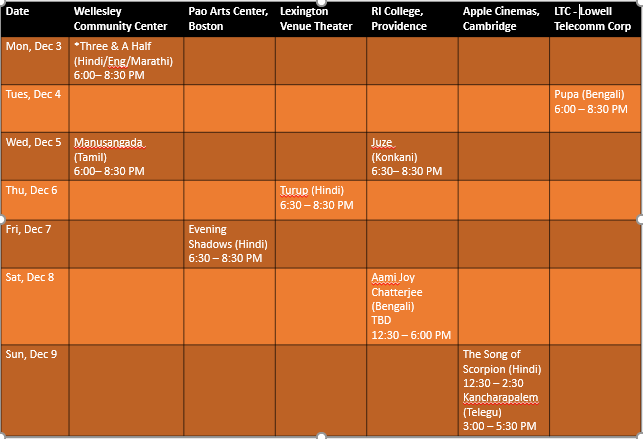 In the past, Caleidoscope Film Festival had hosted a number of iconic, hard hitting alternate genre films including Lipstick Under My Burkha, A Death in the Gunj, Sexy Durga, Bisorjon, Teen Kahon, Chittagong, Hemanta, Half Tickets etc. Last year, nearly 800 cinegoers thronged into the festival.