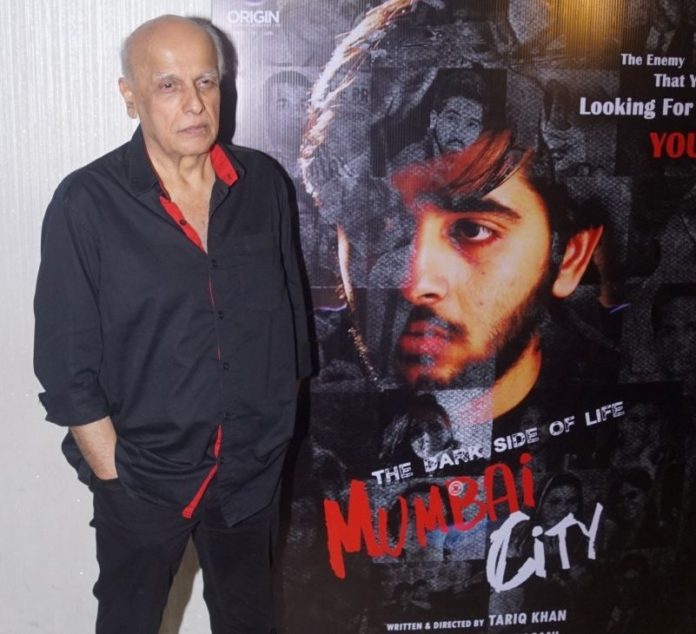 This film is a preach-fest which underlines, “Zindagi mein haarna, par zindagi se na haarna”, which loosely translates to, “Lose in life but don’t give up on life easily”. And one of the early frames, before the narrative begins, gives us a detailed and comparative statistics of the number of suicides committed globally and in the country.

The film resonates with characters that seem to pop out of the metro dailies, interlocking stories of their lives, all defined in one way or another by the depressing standard of living here. It truly shows us the dark side of life in Mumbai City.

But unfortunately, the city Mumbai that is used as a character in the film fails to make its presence felt. In short, this is a generic story of various characters who only Mumbai-ites will identify with.

We understand quickly enough who the characters are and what their lives are like and wait in anticipation for their lives to hit nadir. But alas, the screenplay written by Nisar Akhtar and Tariq Khan lacks the heft to draw us into the emotional investment. Each story is flat and cardboard thin, that makes this sound almost like episodic television characters.

But the cast is uniformly strong and they make their characters particularly real and plausible despite being cliched. In the face of it, Mahesh Bhatt delivers as Zulfiqar sputtering his semi-biopic character that mirrored lines from his film Zakhm. While Sayed Gul’s Kadambari reflects actresses from the small and large screen, Deepraj Rana’s Warren Lobo reminds one of the late Police Commissioner Himanshu Roy.

Avii Pardasani in his debut as the wannabe singer Prince is charming. He is cute and impressive. Nikhil Ratnaparkhi’s Anand and the rest of the cast are nearly stereotyped.

The camera work is decent and except for a couple of blaring edit glitches, the film is astutely mounted with ace production values. And the songs mesh seamlessly into the narrative.

Overall, the film seems to have borrowed its concept from the 2004 released English film Crash, but fails to make an impact like its English counterpart. (IANS)