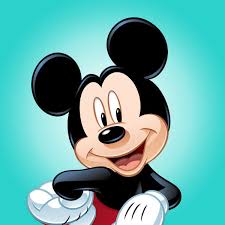 New Delhi–Iconic cartoon character Mickey Mouse turned 90 on Sunday, and his birthday is being celebrated around the world, including in India.

Mickey Mouse made his first appearance in Steamboat Willie on November 18, 1928, and has ruled hearts since then.

He was born out of necessity when Walt Disney discovered he had lost the rights to his previous character, Oswald the Lucky Rabbit. In fact, in the first cartoons Mickey’s voice was provided by Walt Disney.

“Mickey Mouse is a global phenomenon and for the last 90 years, the character has been loved by people across all age groups. With his universal appeal and ability to emotionally connect with generations all over the world, no other character occupies a similar space in the hearts and minds of our fan base,” said Ravindran Achariya, Executive Director, Media Networks, Disney India.

“He is a versatile character that cuts across gender and generations and brings families together in a way no one else can. Over the years, the character has changed in its appearance to stay relevant with his fans across ages, given how much the world has changed since 1928.

“Having said that, the character attributes what Mickey stands for are very universal — Optimism, fun, laughter, family, and those never go out of style – something that has stayed consistent with Mickey,” Achariya added.

Disney kicked off the World’s Biggest Mouse Party earlier this year in Disneyland, and it continues with ‘Get Your Ears On-A Mickey and Minnie Celebration’.

Disney Malaysia will be launching the “Celebrate The Magic” campaign at Pavilion Kuala Lumpur, there’s “Mickey: The True Original Exhibition” in New York, Volkswagen is celebrating 90 years of Mickey Mouse’s magic through the ‘Happy Days Are Here Again’ campaign, a new attraction in Disney Parks dedicated to the character, has been announced — all a part of his birthday bash.

Achariya said: “For his 90th anniversary celebrations, a series of worldwide celebrations will be taking place this year and India too is joining the party with a unique initiative called the Stay Fit with Mickey and Minnie, interesting product collaborations with brands and lots of fun and interactive social media conversations.”

In India, special collections from brands like Jack & Jones, Only, Vero Moda, Bewakoof, Zivame, with the Disney character in focus have been launched.

Talking about coming out with fashion merchandise, Vineet Gautam, Chief Executive Officer and Country Head at BESTSELLER India, said: “The styles are designed to reflect the quirk of the Disney character along with the DNA of the brands. In the past, similar capsule collections have been extremely popular.

“More and more people are opting for these products as they relate to these Disney icons and it reflects their atypical sense of style and inspiration.” (IANS)