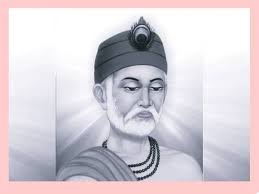 Conceived by the Mahindra Group and arts entertainment company – Teamwork Arts, the third edition of the festival, which commenced on Friday, saw renowned Indian folk singer and Padma Shri recipient Malini Awasthi perform, among others.

Geared at celebrating the poet’s life and works and exploring his contemporary relevance, the festival was inaugurated with a performance of Kabir’s melodies by London-born singer and songwriter Deepa Nair Rasiya who is counted amongst some of the leading Indian vocal artistes in the UK, the organisers said in a statement.

Followed by an ‘aarti’ at Varanasi’s Assi Ghat, she sang several couplets based on the work of the mystic poet, including “jhiniAjhini”, “jaap japo bhai saadhon”, and “mann laago fakiri mein”, among others.

Known for her expressive and soulful singing, Chattopadhyay’s inspiration to perform Kabir came from his works, which allow the thumri singer space to step aside from a fast-paced lifestyle.

Her choice of the compositions also highlighted how the simplicity of each verse of Kabri’s poetry equalled the wisdom of hundreds of texts, the statement read.

Kabir, whose ‘vaani’ resounded first in the by-lanes of Varanasi, and then gradually to the rest of India and beyond, became a great philosopher and teacher in the city.

The event saw a guided walk through the narrow lanes and alleyways, including an ancient Jain temple, and the closest point where Kabir was initiated as a teacher by devotional poet Ramanand, the Kriti Vishveshwarya temple, and the ‘phawarrey wali Masjid’.

The city also houses a space dedicated to the poet-saint, Kabir Math, where KMF held a literary session by mythological author Devdutt Pattanaik, who dwelt on the concept of Bhakti (devotion).

Among other compositions, the latter preformed her own – “man mast hua phir kay bole” and gave it an interesting twist by adding a verse of Bulleh Shah’s Kalam. She also composed and sang Kabir’s “haman hai ishq mastana” which she fused with the wisdom of Kabir’s very insightful verse – “moko kahan dhoondey re bandey”, the organisers said.