Three days after the mass shooting in a Pittsburgh synagogue on Oct. 27 — and eight days before the mass shooting at a Thousand Oaks, Calif., dance bar on Nov. 7 — journalist German Lopez spoke at the Shorenstein Center on Media, Politics and Public Policy on the issue of gun violence in America. Lopez is a senior correspondent at Vox focusing on criminal justice, guns and drugs.

Following his talk, Lopez sat down with Journalist’s Resource to discuss gun violence in the U.S., where mass shootings are occurring with alarming frequency, and what journalists can do to improve their coverage.

Though definitions of what constitutes a mass shooting vary, Lopez prefers the simplicity of the Gun Violence Archive’s categorization, which considers an event in which four or more people are shot in a single incident a mass shooting. Under this definition, there’s nearly one for every day in the year, Lopez said.

U.S. law considers “mass killings” to mean three or more killings in a single incident. The FBI takes a narrower definition for “active shooter incidents,” which they consider to be “one or more individuals actively engaged in or attempting to kill people in a populated area.”

The news media also might be partly responsible for what Lopez labeled a “self-perpetuating” aspect of mass shootings, according to research. “There is evidence that when there’s a mass shooting that gets widespread coverage, mass shootings become more likely shortly thereafter, just because there are copycats out there,” he said. 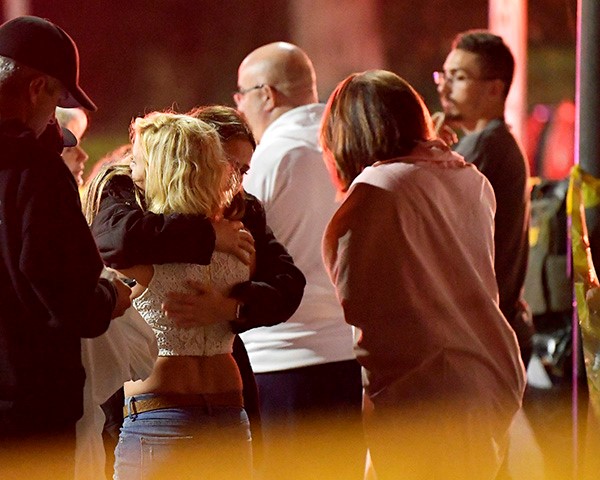 First, think twice before publishing the names of mass shooters. Lopez recommended asking yourself, “Is there a news value in getting this person’s name out there?” If not, then don’t.

He also suggested avoiding non-stop broadcast coverage of mass shootings. “What you see on cable news a lot is just non-stop coverage of the specific mass shootings and the very particular details that come out of it,” Lopez said.

“That seems to perpetuate the glorification of this mass shooting, instead of just focusing on the issues at large that a lot of people are thinking about in that moment,” like gun control, and other forms of gun violence.

Lopez continued, “If you do want to focus on mass shootings in particular, there’s a lot of work you can do there. You can talk to experts about why these keep happening, you can start walking through … not even just gun control policies, but other policies that might be effective for preventing mass shootings. There’s a lot of journalism you could do there that doesn’t focus just on the latest mass shooting to happen and the specific details that came out of that.”

Lopez also suggested zooming out to discuss other gun violence issues rather than focusing on details of a particular mass shooting. “It’s a moment to cover all the gun violence in domestic violence, or in minority communities, that often goes ignored,” he said.

Even while examining links between different types of gun violence, it’s important for journalists to maintain distinctions, too, Lopez said. He suggested breaking down gun violence in the U.S. by type – for example, homicide, suicide, mass shootings, accidents, violent injuries. “You can then start walking through those categories, and how they’re connected, and what the different solutions for them are, while still educating people in general on gun violence,” he said.

“Domestic [gun] violence is something that, particularly [in light of] the #MeToo movement, if you put it in that context, still gets a lot of attention, and that’s a way that you can continue focusing on gun violence and giving those issues attention,” Lopez said.

Lopez pointed out a few other angles for journalists to pursue in their coverage of gun violence:

There’s a common notion that there’s no recent academic research on gun violence because Congress banned the CDC from funding research projects that “may be used to advocate or promote gun control.” The National Rifle Association had lobbied for the ban, put in place by a provision authored by former Republican Congressman Jay Dickey of Arkansas. Adopted in 1996, it became known as the Dickey Amendment.

Lopez, who relies heavily upon research in his reporting, said there are still some institutions producing “good work” on the subject, including the Injury Control Research Center at Harvard, Johns Hopkins University’s Center for Gun Policy and Research and the Violence Prevention Research Program at the University of California, Davis.

It’s part of Lopez’s job to share this research with the public. While he acknowledges that he “definitely” takes a stance, often in favor of gun control, he doesn’t consider himself an advocate.

“I am reporting what the research shows and then trying to translate that to a more readable format, because a lot of these studies just frankly are unreadable for lay people,” he said. “I think doing that responsibly, I do have to come to the conclusion sometimes that this research does land on a certain answer.”

The image in this post by Mathias Wasik was obtained from Flickr and is published under a Creative Commons license.

America has changed, its patience being tested like never before

All Microsoft events to be digital-only till July 2021