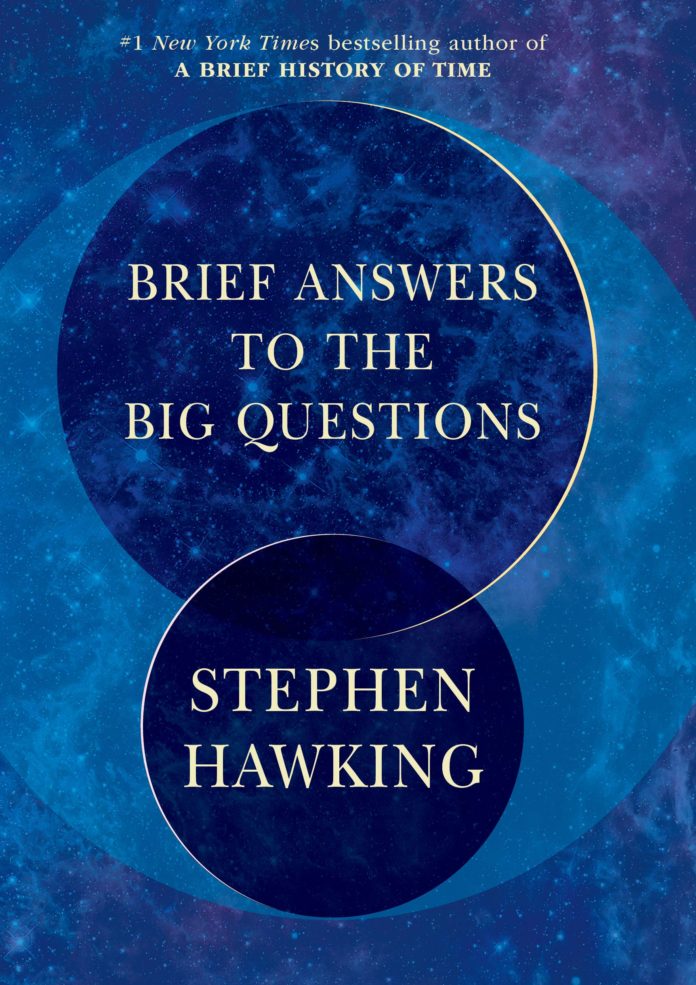 This book began when Stephen Hawking was alive but was published this month posthumously. It is billed by the publisher as his final thoughts and draws extensively from essays, keynote speeches and lectures that he wrote or delivered during his time on Earth and presents the crux of his thoughts on some of the most significant issues that the late cosmologist considered of great importance for the planet and humanity at large.

For instance, the universe is propped up without help from God — but more of this later.

The merit of the book lies, as always, in the importance of the issues he addresses. But Hawking’s final book — unlike most of his previous works, including “A Brief History of Time” — does not rely solely on instructions or findings, but is filled with wit and humour and, wherever necessary, is anecdotal in its structure.

So the readers get an opportunity to look at Hawking too, apart from his work. For instance, in describing why one should not hesitate to ask big questions, he shares his personal relationship with his son Tim, and recalls for the readers that as a child Tim had once asked him if there were lots of universes dotted around. Hawking told him that he should never be afraid to come up with an idea or a hypothesis no matter how daft it might seem. This was Hawking in the shoes of a father but he relates the experience in making his point clear, and surely succeeds.

In another instance, Hawking is asked about his dream as a child and whether it came true. His response provides a glimpse into the making of the man. “I wanted to be a great scientist. However, I wasn’t a very good student at school, and was rarely more than halfway up my class. My work was untidy and my handwriting was not very good. But I had good friends at school. And we talked about everything and, specifically, the origin of the universe. This is where my dream began, and I am very fortunate that it has come true.”

The book is rich in such personal notes, giving readers a glimpse into how Hawking behaved or thought in his personal life and what went into shaping his extraordinary personality.

Coming to “Brief Answers”, Hawking seems almost convinced that population explosion and the rate at which we are exploiting the planet is making the end imminent. Referring to population, climate change, global warming, nuclear weapons and even political instability, Hawking contends that any of these, or the sum total of their results, may wipe out humanity from Earth.

His scariest warning is that the Earth, if global warming persists, may become like Venus — “boiling hot and raining sulphuric acid, but with a temperature of 250 degrees Celsius”. The worry is further intensified as he is, was, of the opinion that we might already be too late to check this.

However, even before this happens, Hawking was convinced that a nuclear catastrophe would lead to humans wiping out themselves.

So the “Big Question” that arises from his conclusion is: What are humans to do to survive? The “Brief Answer” is: Venture out into space so as not to rely solely on one planet. If humanity is to survive, it must not keep all its eggs in one basket, he wrote. Hawking then hints that developments in science and technological advancements may enable the human race to survive — but even if that were to happen, most other species on Earth will be destroyed, and “that will be on our conscience as a race”.

But why would this happen? Is God so unkind to allow the extinction of humans? The conclusion he had reached was that there is no God. “There is no God. No one directs the universe,” he writes. “For centuries, it was believed that disabled people like me were living under a curse that was inflicted by God,” he adds. “I prefer to think that everything can be explained another way, by the laws of nature.”

All in all, “Brief Answers to the Big Questions” is a delightful, yet significant read for anybody trying to understand our place in the larger world. The book does justice to its title, presenting brief answers to big questions. This book is also the last opportunity for readers to understand the man that Hawking was.

In the end, we find that Hawking was extremely grateful for the life he had been able to live, recognising that a part of his popularity may have had to do with his disability. Yet, he had one single quest — to find answers to all big questions that cropped up in his mind. And he lived his life pursuing this goal. Hawking did not believe in an after-life, but he will surely live far long after his death in human memory. (IANS)