WALTHAM, MA– Pervez Taufiq, founder of PTaufiq Photography, has been a professional musician since 2002 with two original full length albums: Om Factor and Aneurythm, and has toured nationally and internationally.

“Many of the tours I did were 250,000 person shows and have been on tour for Atlantic Records during 2007-2008. At the height of my musical career, we had a song on NBC as the theme song for a show,” says Taufiq.

To date his album has been purchased online and in CD format over 160,000 times and is still being purchased daily.

“Our songs are still played on select radio stations around the world. My band’s name is Living Syndication, and I took a break from the band in 2009 to move to India and became a voice over artist for Sony Pictures out of the Mumbai office,” says Taufiq. “Since then I have been the voice for many movies, commercials, toys, amusement park rides, phone applications, and advertisements around the world in many different languages.”

Taufiq has also done acting in small parts for a few feature films, most notably The Proposal in 2009, and a couple lead parts in a few short films such as Tech Roulette. 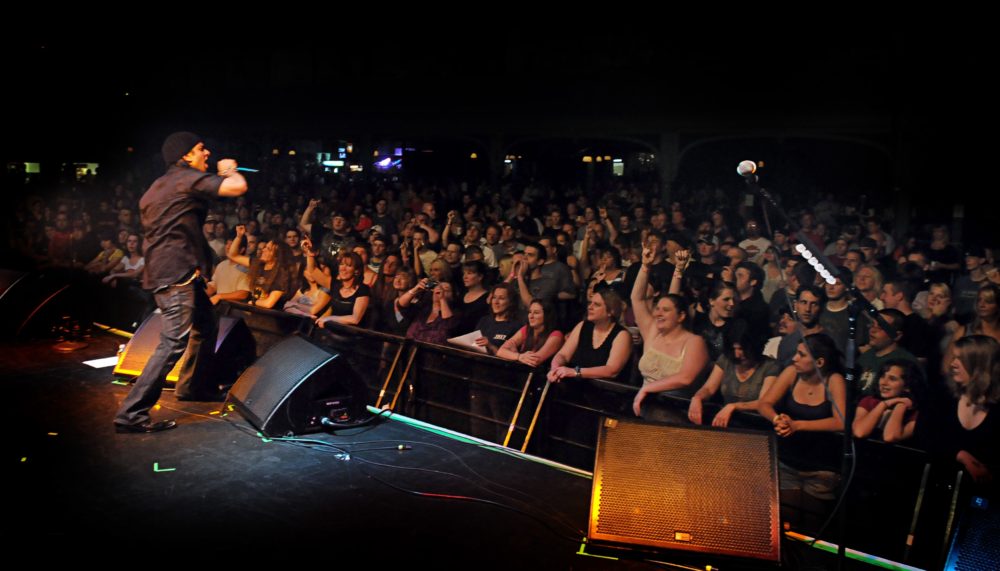 Professionally, Taufiq has worked as an consultant for Fortune 100 firms, including EMC, Bank of New York Mellon, Fidelity, and Deutch Bank among others. In 2002, he was the director for Ericsson Mobile iPulse division and was living in Iceland and throughout Europe.

“I am multi lingual in 6 languages (and counting) and have a great affinity for language. In 2014, I won 1st place in the National Toastmaster’s Humor Contest and  it afforded me a lot of speaking engagements which I continue to do,” says Taufiq.

Now, he is focused on photography and videography. (In fact, Taufiq has helped New England Choice Awards with biographical videos and will be the official videographer.)

“Seven years back I became a professional photographer as I was an avid poster of images I was taking and have won many awards for photos I’ve taken throughout my journeys,” Taufiq said. “Recently in the last 3 years I have decided I wanted to shift my focus to the South Asian market as I have always had a great pride and affinity for my culture and enjoy being able to paint with light at weddings.”

What type of photographer Taufiq is?

“I am not a traditional photographer. Given my musical background, I approach photography as a performance, and it allows me to have a new type of approach to the art of photography, in the way I see light and the way I help couples to get the best pictures humanly possible,” Taufiq said. “With having captured more than 80 weddings this year, my team has grown, and we work very hard to bring something very unique to the world of wedding photography and videography.”

“My wife, Nicole Taufiq, is not only my life partner, but also one of my most skilled photographers. In India she was a very well-known fashion model, and having participated in the Miss India pageant, has learned just how to bring the best of our clients, and how to push the envelope of photography,” said Taufiq. “Most importantly, my wife and I are the proud parents to two wonderful boys, Arman and Zayden. They are the light of my life and I am beyond blessed to have them in my life.”