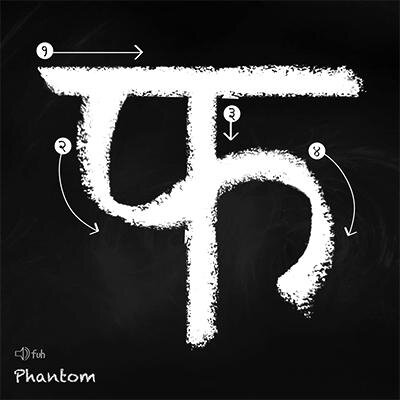 Mumbai–Director Neeraj Ghaywan and writer Varun Grover are ashamed of their association with now-dissolved production banner Phantom Films, and have promised to work towards creating a safe working environment for women.

The reaction came in the aftermath of allegations of sexual harassment against Phantom Films co-founder Vikas Bahl by a woman employee.

After introspecting, Ghaywan and Grover have decided to set the things right by having more women in powerful position on the set, creating more channels for clear communication and ensuring implementations of Sexual Harassment of Women at Workplace (Prevention, Prohibition and Redressal) Act, 2013, also known as PoSH guidelines.

“My entire film career has shaped at Phantom Films. It has been a great run. However, I have to share what I felt about the recent allegations that I have come out. I have felt absolutely disgusted by what Vikas Bahl did to a fellow team member,” Ghaywan shared through a Facebook post.

“A legal complication enabled that he couldn’t be sacked owing to him being a partner. That complication has enabled him to make another film while she continued to go through agonizing mental trauma. It was her choice not to speak at the time and I respect that. However, we all are complicit in that system. I will speak for myself: I am complicit in working with the company that allows it. I allowed myself to work where such toxic male behaviour and perverse patriarchal mind-set fostered. I am extremely sorry I didn’t push hard enough,” he added.

In the wake of Tanushree Dutta putting sexual misconduct allegations against actor Nana Patekar on the sets of their 2008 film “Horn Ok Pleassss”, Ghaywan has promised that he “will do whatever it takes to break this culture of enabling the predatory behaviour”.

“In the wake of recent events –like Tanushree Dutta’s case — I have introspected a lot. I feel that the lack of women crew members enables this male entitlement and trivializes (or brushes under the carpet) such incidents easily.”

Ghaywan’s “Masaan” was jointly produced by Phantom Films while Grover worked with the banner on films such as “Raman Raghav 2.0”, “Bombay Velvet” and Netflix series “Sacred Games”.

Ghaywan says he will not sign a film with a company that does not enforce the PoSH guidelines.

“Or if its legal framework disallows sacking/taking action against partners over sexual misconduct. I will make sure that at least 30 per cent of the entire crew and half of the HoDs of any project I work on are women because women in power positions will ensure that such incidents are not overlooked by men in the hierarchy.

“I will ensure that we have meetings and orientation discussions about on-set and off-set appropriate behaviour. I will enable an atmosphere that encourages women to speak,” the director added.

Grover also promises to “introspect and learn from it”.

“I will keep questioning the people in power and my friends (this time louder and clearer). What’s the purpose of all the art we create if it’s devoid of any moral centre. We all are complicit in this failure by rarely checking on our female colleagues or demanding PoSH guidelines to be followed.

“We are all complicit in letting this industry run purely on the hubris and entitlement of a few powerful men…As somebody who has been a part of many projects with Phantom in various capacities (lyrics/writer), I feel ashamed that they failed to provide safe working environment for women,” Grover said.

“Many associated with Vikas Bahl’s company knew his reality. Not only did they allow a predator to continue — they also earned money and fame by working on his films. Several among these were self appointed crusaders of social media who arrogantly called out people for their mistakes,” he tweeted.

On Sunday, Kashyap also admitted that he knew about the sexual harassment allegations against Bahl and feels sorry for not taking a right decision.

“I am deeply, truly sorry to the woman in question and she has known this all while. This will never happen again on my work premises ever again,” he added. (IANS)