Mumbai– Amid sexual harassment allegations against director Sajid Khan and actor Nana Patekar, actor Akshay Kumar has called off the shooting of “Housefull 4”.

“I have just landed back in the country last night and reading all the news has been very disturbing. I have requested the producers of ‘Housefull 4’ to cancel the shoot until further investigation,” Akshay tweeted on Friday morning.

“This is something that requires stringent action. I will not work with any proven offenders and all those who have been subjugated to harassment should be heard and given the justice they deserve,” added the actor, who came back from Italy on Thursday night.

Mumbai– Filmmaker Sajid Khan on Friday said he is stepping down as director of “Housefull 4” amid allegations the he indulged in sexual misconduct with multiple women.

At least two actresses and a female journalist came out about their unpleasant experiences with Sajid on social media on Thursday in the wake of the #MeToo movement.

In response, Sajid wrote on Twitter: “In the wake of the allegations against me and the pressure being put on my family, my producer and the stars of my film ‘Houseful4’, I must take the moral responsibility of stepping down from my directorial post, till the time I can allay the allegations and prove the truth… I request my friends in the media to kindly not pass judgment till the truth is out.”

The film “Housefull 4” also features Nana Patekar, who too is accused of sexual misconduct by actress Tanushree Dutta.

Akshay Kumar, the star of “Housefull 4”, has called off the film’s shooting until “further investigation”.

New Delhi– Actress Athiya Shetty said her brother Ahan Shetty’s hard work and calm nature inspires her and he is her “guiding force”. 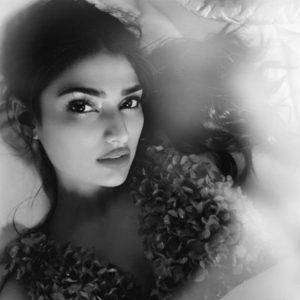 “Ahan is younger than me but I treat him as an elder brother… I actually take advice from him. He’s very calm and I admire that about him… I learn a lot from him. He’s the most hard working person I know,” Athiya told IANS while talking about Ahan, who is set to debut with the Hindi remake of Telugu hit “RX 100”.

The 25-year-old actress was here to walk the ramp for the label Poshpride on the third day of Lotus Make-up India Fashion Week here.

Athiya, daughter of actor Suniel Shetty, made her debut in 2015 with “Hero” and was then seen in “Mubarakan” which released in 2017.

Talking about her journey in Bollywood, Athiya said: “First, the film picks you, then you pick the film.”

“I always thought that this is what I want to do and this is how I am going to be. I had a rigid plan but as you grow you mature and learn from your mistakes,” she said, adding that the highs and lows have shaped her to the person she is today.

Mumbai– Bollywood star Ranveer Singh has been appointed brand ambassador of direct-to-home company Dish TV ahead of the festive season.

Ranveer said in a statement that he is “extremely happy” about his association with a brand “that is as passionate about entertainment as I am”.

“My experience shooting for this campaign is pretty much summarized by their tagline – ‘Dish Nahi Dishkiyaon Hai Ye’ – fun, cool and entertaining. I’m excited and looking forward to everyone watching the TV commercial,” said the “Padmaavat” actor, known for having a huge youth fan following.

A new campaign for the brand was launched on Friday. It has been designed to showcase the brand in a completely new, bold avatar – signalling a new phase in the brand’s life cycle.

Mumbai– Actresses Neha Dhupia and Shikha Talsania have been honoured with an award for being honest while expressing their opinions and making an impact in the society.

Sony Pictures India identified and awarded celebrities who have ‘Unleashed their Inner Venom’ and made an impact through their actions and voices. They did the activity for their film “Venom”.

They gave the award to Neha for breaking societal stereotypes, Shikha for talking about body positivity, Shaheen Mistry for promoting literacy and Milind Soman for promoting fitness and health, read a statement.

“It’s very exciting and encouraging to receive the award for challenging and breaking stereotypes. While that has never been a deliberate effort, it’s reassuring to be given this title,” Neha said.

Shikha said: “I’m just trying to be the best me and speak my truth. As corny as it sounds, the truth does let you free. So I encourage you to unleash your inner venom and let the truth be out.”

“Venom” stars Tom Hardy as Eddie Brock and as Venom. It follows the popular Marvel anti-hero as he transforms from a go-getter journalist to powerful alien symbiote.

Niyati Fatnani in love with her Durga avatar

Mumbai– Actress Niyati Fatnani says she felt empowered while channelling the spirit of Goddess Durga for a sequence in “Nazar”.

In an upcoming sequence, Pia (played by Niyati) realises her powers and emerges as Goddess Durga to fight a demon sent by Daayan Mohana (Monalisa). Niyati underwent a lot of preparation to get the Durga avatar right.

“This is the most empowered I have felt while playing a character on screen. Pia will soon be seen in her most powerful avatar — in the divine role of Durga,” Niyati said in a statement.

“The makers wanted to make sure that Pia’s devi look is perfect and so gave me a beautiful silk sari and some intricate gold jewellery to wear. I really believe that there is a Goddess Durga present within every woman and she is way stronger than she thinks she is.

“I am grateful that I got an opportunity to get into such an avatar on screen and I can’t wait to see how fans react to it,” she added.

The show is aired on StarPlus.

I don’t have any complex, says Aparshakti Khurana

Mumbai– Actor Aparshakti Khurana, who has mostly done supporting roles in films, says he has no complex about it and instead believes in team work.

Aparshakti, last seen on-screen in “Stree”, was interacting with the media at the special screening of “Jalebi” here on Thursday.

As he has featured in supporting roles in films like “Dangal”, “Badrinath Ki Dulhaniya”, “Happy Phirr Bhag Jayegi” and “Stree”, he was asked whether he feels he gets sidelined.

He said: “I don’t have any complex. Rather, I don’t believe in it. When a person works with a mentality that I will overpower another person, then you don’t see team work there and you can’t make a good film.

“I think it is more important that people appreciate your film rather than your individual performance in a film. I have always been a sports person. I was captain of Haryana cricket team, so I do my work with team spirit and with a sportsman’s spirit. I think that is the reason why my films have been successful more often than not.” (IANS)