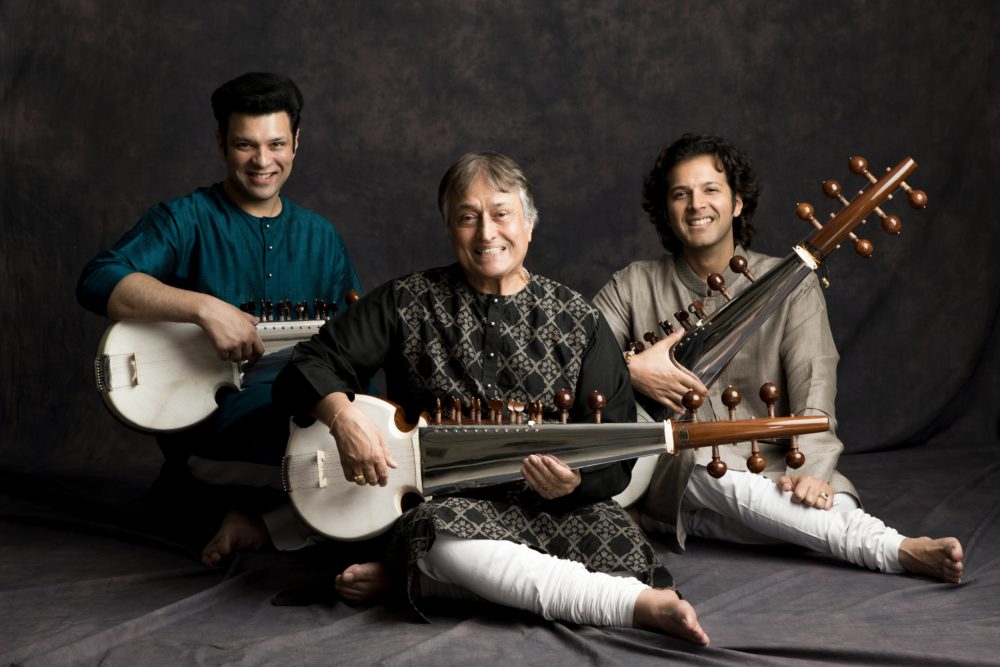 United Nations– With his vision of music transcending nations and religions, sarod virtuoso Amjad Ali Khan lifted the General Assembly chamber from a venue of confrontations to an arena of peace and non-violence as he performed at the UN Day Concert.

Speaking before the concert on Wednesday, Secretary-General Antonio Guterres recalled his visit to Raj Ghat earlier this month and said the concert’s theme of peace and non-violence was a tribute to the legacy of Mahatma Gandhi. 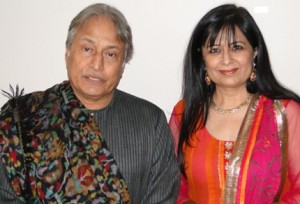 “Amjad Ali Khan and the Refugee Orchestra Project have crossed boundaries and cultures to enrich the societies where they perform. They remind us – as our (UN) Charter reminds us — that our diverse backgrounds are a cause for celebration rather than division,” Guterres said.

Khan performed the “Vaishnava Janato”, the “Ram Dhun”, a Rabindra Sangeet and an Assamese folk song with his sons Amaan and Ayaan on the sarod and Amit Kavthekar on the tabla, and a vocal solo of a qalbana before they were joined by the Refugee Project Orchestra for the evening’s highlight, “Samgam” composed by him.

A recording of the entire concert can be viewed online on webtv.un.org

Conducted by Lidiya Yankovskaya, the Refugee Project Orchestra, which brings together musicians who have fled to the US to escape violence and persecution as well as those who are friends and families of refugees, provided an accompaniment of western instruments to the sarod of Khan and his sons for a genre erasing traditional boundaries.

Khan described it as a collaboration of Indian and western classical music.

India’s Permanent Representative Syed Akbaruddin said: “This represents a confluence of musical traditions from the East and from the West. The effort is to portray the world the way it was meant to be not the way the world as it is unfortunately today.”

He quoted Tagore’s poem, “Heaven of Freedom” to describe such a world that “has not been broken up into fragments by narrow domestic walls”.

“India’s musical heritage is a blend of many influences and depicts diversity of our culture, reflects our values of mutual understanding, of tolerance and living together in harmony,” Akbaruddin added.

On August 15, 2016, composer A.R. Rahman performed at an Independence Day concert at the General Assembly.

Introducing his music Khan said: “Music has connected the world and music does not belong to any religion.

“While language creates barriers, even in music, it is possible to transcend the barriers in music,” he said giving the example of the 13th century Sufi saint Hazrat Amir Khusro’s work.

Khusro created a form of qawwali called “qalbana” which is a style of singing ragas in a “language of syllables,” he said.

General Assembly President Maria Fernanda Espinosa said in a video message that 2018, which sees the birth centenary of Nelson Mandela and the start of the 150 birth anniversary of Mahatma Gandhi, is “a celebration of icons of people and principles that have instilled in us values of peace over violence. of dialogue over indifference”. (IANS)