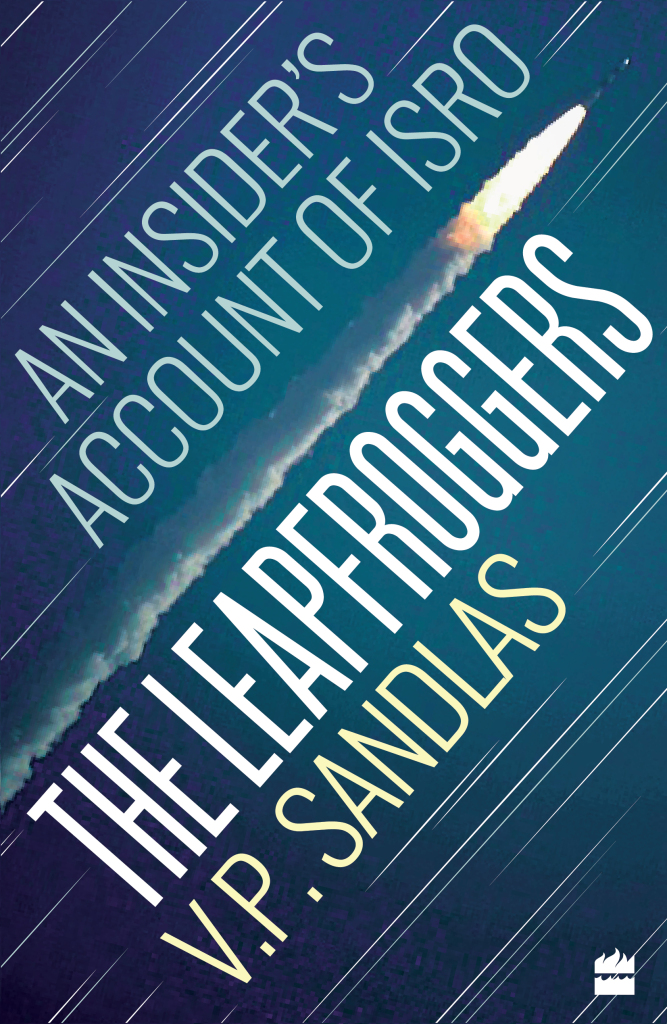 A discussion by space scientists on a giant condom as a raincoat for an Indian rocket; the late President A.P.J. Abdul Kalam as an efficient delegator, his peers frowning upon him; space scientists conducting puja before India’s first satellite launcher was moved to the launch pad, some tonsuring their heads for its successful flight — these are some of the interesting nuggets that one gathers from the autobiography of the late Ved Prakash Sandlas.

At a time when India is working towards the realization of its most ambitious space venture — a manned mission by 2020 — after its Moon and Mars missions, it is interesting to look back at the fledgling days of the Indian space agency and the realization of its first launcher, the Satellite Launch Vehicle-3 (SLV-3).

This book is all about the people involved in the SLV-3 project, their aspirations and the evolution of ISRO.

Sandlas, an expert in the communication field and one of the early engineer recruits to be involved in the SLV-3 project, has strung the various events in connection with its development along with happenings in his life as also those his colleagues, in an interesting manner.

But first, on the condom raincoat mystery. When the final preparations for the first flight of

SLV-3-E-01 were progressing, space scientists were worried about rain damage to the rocket during the final countdown. The rocket was not sealed at the openings and joints.

Sandlas said one of the two options (the non-serious one) that emerged after long discussions was to approach Hindustan Latex Ltd to develop a giant condom that could be quickly rolled over the SLV-3 starting from the top, using fire-fighting ladders.

Some shy people and the ones who didn’t have any practical experience of using condoms, and those who did not appreciate the humor, argued strongly in favor of adjusting the countdown for no-rain windows and making a good assessment of weather predictions — the serious option, Sandlas recalls.

For those who wonder about the numeral “3” tagged after SLV, Sandlas said the rocket got its name as it was the third design that finally got the approval.

A good number of paragraphs have been devoted to Kalam’s management style, how he was frowned upon by his peers but appreciated by the top bosses.

Sandlas says that Kalam was a great people person, encouraging his juniors to get work done, ensuring their career progression. Kalam used to get ridiculed by his seniors at Vikram Sarabhai Space Centre (VSSC) for being unrealistic and under-qualified.

Kalam also used to share his disappointments and frustrations in life and at times turn philosophical. Kalam’s favourite author was Ayn Rand.

Most of the events narrated in the book happened at Trivandrum (now Thiruvananthapuram) where VSSC is located.

A brief account on the setting up of the rocketport at Sriharikota is also provided.

Sandlas said Vikram Sarabhai — the father of the Indian space programme — wanted to develop Sriharikota and neighbouring Sulurpeta as an integrated holiday resort, with a bird sanctuary, boating facilities and others involving the local aboriginal Yanadi tribes giving them forest land.

Again, a small but interesting anecdote states that the aerial survey of Sriharikota was done by Sarabhai in a Dakota plane borrowed from The Hindu newspaper company in 1968.

Be that as it may, it was interesting to note many of the Indian space sector pioneers — Y.J.Rao, M.K. Mukherjee, V.R. Gowarikar, S.C. Gupta, A.E. Muthunayagam and Manish C. Mathur — had quit their lucrative careers overseas.

On the whole, a good read for those wanting to know about India’s efforts in the development of its own rockets. (IANS)