New Delhi–Prime Minister Narendra Modi on Thursday laid the foundation stone for the India International Convention and Expo Centre (IICC) proposed to be built on the periphery of the national capital over an area spread over 221 acres.

The facilities at the centre would be among the best in the world suitable for holding international and national events, meetings, conferences, exhibitions and trade shows, Modi said at the event.

“Ten thousand people will have seating at the centre. It will rank among the top 5 convention halls in the world and among the top three in Asia and the biggest indoor exhibition space in India,” he said.

“This Centre would reflect India’s economic progress, rich cultural heritage and our consciousness towards environment protection.” 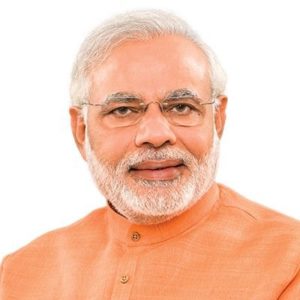 Noting that an investment of Rs 26,000 crore has been planned for the project, the Prime Minister said the centre would come up as an icon of changing India that is making its presence felt on the global stage.

“It will not only be an expo centre, but also a vibrant centre for trade…a mini-city which will have convention hall, expo, hotel, market, shops, recreation facilities…all in one,” he said.

Noting that lack of adequate facilities is becoming an issue, with the capital’s only Pragati Maidan exhibition complex also in need of renovation, Modi said a project of the scale of IICC would provide employment to five lakh youth and become an ideal platform for start-ups.

“India has become the second biggest ecosystem in the world for start-ups,” he said.

The project will be developed in two stages. The first phase will be completed by December 2019, while the second one is slated for completion in December 2024.

The IICC complex will have a dedicated underground Metro station that is planned as an extension of the airport high-speed Metro corridor and is being constructed by the Delhi Metro Rail Corp. (IANS)