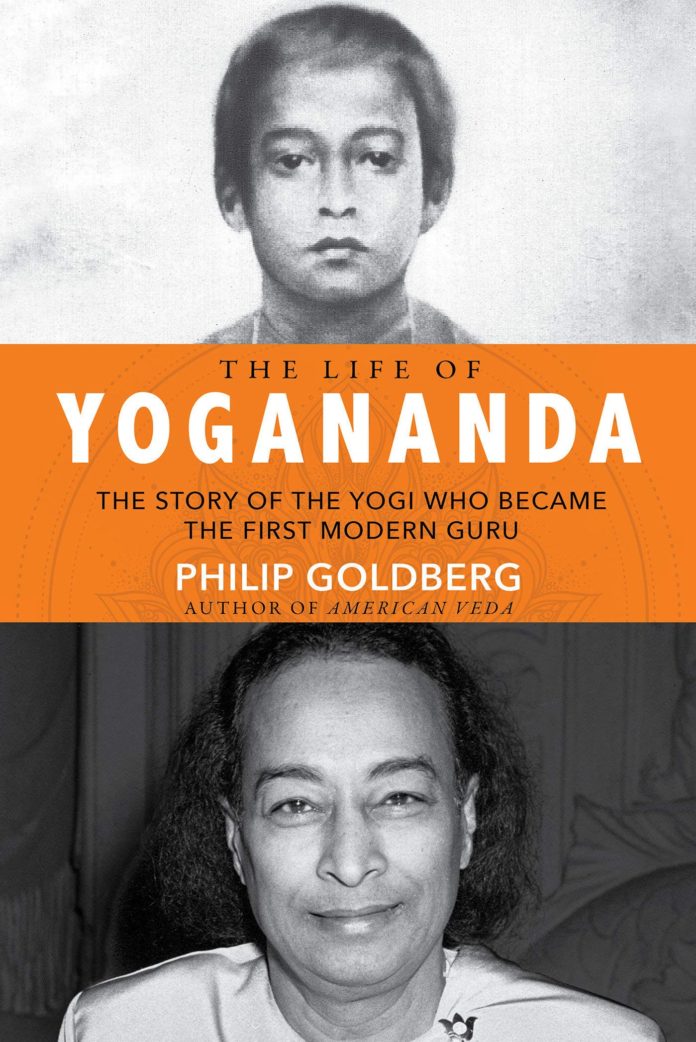 It will be an understatement to say this is a gripping book, sympathetic yet critical. With his passion for meticulous research, Philip Goldberg has authored what is undoubtedly one of the most stirring and brilliant accounts of a spiritual master, Paramhansa Yogananda, delving in particular into his life in the US that have largely remained shrouded in mystery. The result is this profound biography.

Goldberg makes it clear that he is not a disciple of Yogananda, which makes the book all the more enriching. Yogananda (born Mukund Lal Ghosh in Gorakhpur) achieved global fame with his 1946 masterpiece “Autobiography of a Yogi”. That seminal book is the reason why he still casts a spell, although he passed away decades ago. A professional writer for more than 40 years, Goldberg decided to essay Yogananda’s life because although the yoga guru spent almost all his adult years in America, less than 10 per cent of the “Autobiography…” is about that immensely productive and historically significant period.

Goldberg’s wide-ranging research led him to conclude that Yogananda, his quirks and idiosyncrasies notwithstanding, was an extraordinary human being, a spiritual prodigy, psychically gifted with exceptional inner powers and without doubt a self-realised yogic master. From a young age, he stalked God the way “Sherlock Holmes stalked criminals”.

But for one who moved to the US in 1920 unsure of his English, life wasn’t easy.

With his ochre robes and long hair, his mere appearance could invite ridicule, torment and even abuse. He endured sneers, glares, name-calling and even stone-throwing, but maintained his dignity. Worse, there were times when Yogananda and his close group didn’t have enough to buy food, so they would simply fast for a few days, says Goldberg, uncovering details never known before. Building the network he eventually did in the US was no joke because it was a time of coin-operated phone booths, long-distance operators, telegrams and letter writing. But Yogananda did it.

Only a handful of people came to his earlier “satsangs”. The numbers grew slowly, through word of mouth, as Yogananda began wandering across the length and breadth of America — much like Adi Shankara did in India centuries earlier. He went everywhere he could: Miami, Seattle, Oregon, Los Angeles, New York, Cleveland, Colorado, Boston, Utah.

Yogananda’s very name played a role in popularising yoga, then an unknown subject in the West. As he toured America, every time his name was mentioned or appeared in print, “yoga” became further legitimised in public mind. For someone who was reticent about public speaking at first, he became quite a performer. No wonder, his gatherings — where he spoke about God, yoga, meditation, the oneness of humankind — began to attract as many as 5,000 to 6,000 people. There were occasions when visitors had to be turned away because the venues were overflowing. A time came when The Los Angeles Times would call him “the 20th century’s first superstar guru”.

How did Yogananda succeed? Although his ingredients always contained elements from Hinduism, including karma, dharma, reincarnation, mantras, chakras and core principles of Vedanta, the combination of scientific rationality and respect for the Judeo-Christian tradition would become hallmarks of Yogananda’s teaching. Yogananda, says Goldberg, took the veneration of Christ a step further, producing a massive volume of written and spoken commentary on Jesus and his teachings. This triggered problems too. He was accused of selling out to attract Christian followers and also of “Chritistianising” Hinduism. His introduction of kirtan to America has been largely under-appreciated, the author says.

Once Yogananda attained VIP status, he was welcomed to the White House by President Calvin Coolidge (1923-29). Indeed, he had genuine love for America. He said the US was the most spiritual country, next only to his own India. He also met Mexican President Emilio Candido Portes Gil. What is noteworthy is that Yogananda makes no mention of these personal achievements in his “Autobiography…”, which is more about saints he met in his quest for God and less about himself.

But a time came when Yogananda had to face the worst of America: Media sensationalism, religious bigotry, ethnic stereotyping, sexual allegations and brazen racism. Life became difficult during the World War years as it affected revenue from class fees, books and magazine sales. Donations plunged. Worse, people he though were his soul mates suddenly ditched him and took him to court, causing him immense pain. On one occasion, he begged the Divine Mother: “Free me. Let me go back to India to serve you there.” It was not to happen.

Yogananda kept saying that he was using business in religion and not making a business of religion — as evidenced by the fact that no one was profiting financially from his work. When he returned to the US after a brief visit to India in the 1930s, he was detained for four days by US authorities for some obscure technical reason. But nothing derailed the “serious man with a serious and singular mission, a determined, disciplined, demanding dynamo who slept only three or four hours a night”. But Yogananda was fun-loving too. He loved popular comic strips like “Blondie” and “Bringing Up Father”. He loved to fly kites. And as a cook, he was a perfectionist.

Goldberg is clear that allegations of sexual derailment hurled at him have no basis. “Had I found verifiable evidence that Yogananda had sexual affairs or exploited female disciples, I would not have hesitated to report it. But I did not… My research did not uncover any credible evidence that Yogananda ever broke his vow of celibacy… No woman ever claimed to have had sexual relations with Yogananda — not even in posthumous letters, diaries or memoirs.”

In 1946, Yogananda took advantage of a change in immigration laws and applied for citizenship. His application was approved in 1949 and he became a naturalised US citizen. It was the year he took a train to San Francisco to meet Jawaharlal Nehru, India’s first Prime Minister. And when he died, Yogananda was speaking about India.

According to Goldberg, Yogananda’s crowning achievement, and the most enduring monument to his earthly expedition, was the “Autobiography of a Yogi”. It has sold millions of copies and continues to be a best-seller. But in 1946, publisher after publisher rejected it — until the Philosophical Library went for it. That book, along with Yogananda’s other writings, has had a religious and spiritual impact that “is unique and unassailable”. As Goldberg says, no single person contributed more to East-West current than Yogananda. (IANS)