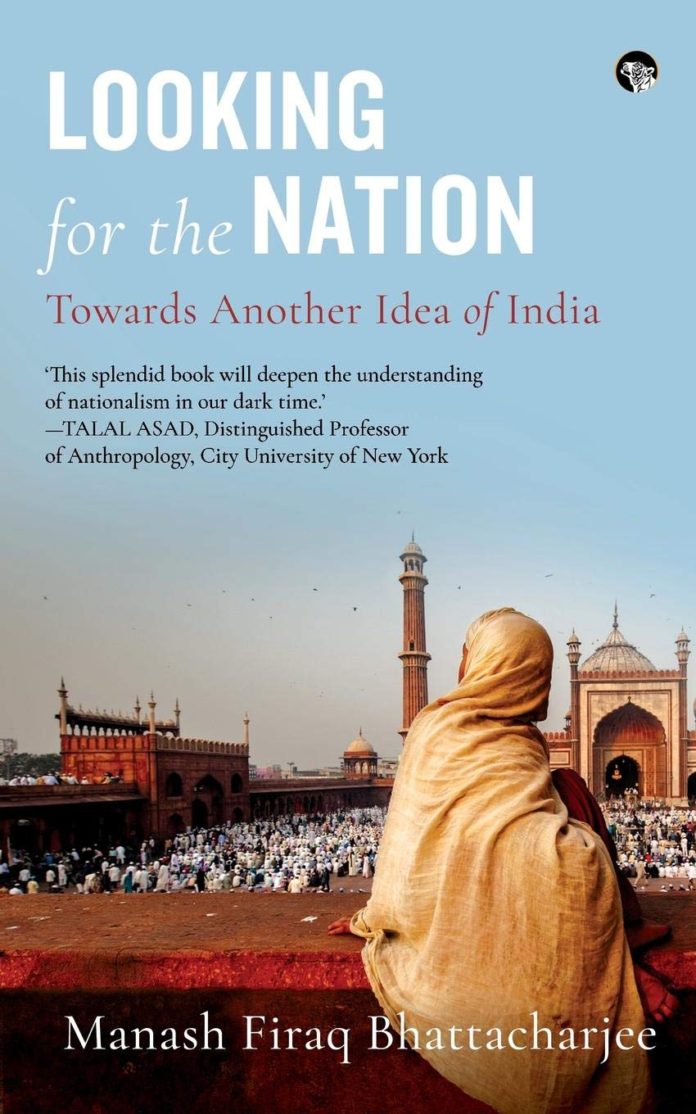 Manash Firaq Bhattacharjee, who earned his doctorate in Political Science from Jawaharlal Nehru University and has been published widely in national and international media, was haunted by a ghost during his childhood. Several decades on, the political theorist has come out with a scholarly offering — backed by research and reading — as his act of resistance against the ghost.

The author grew up in a small town in Assam and one of his father’s friend, a retired railway employee, was a frequent visitor to their house. For reasons yet incomprehensible to the then young lad, this old man, and his politically sanctioned method, would cast a harrowing shadow on his upbringing.

To put things in perspective, the old man would customarily narrate stories about the violence of Partition, that erupted after India and Pakistan were separated at birth. But his stories “inevitably revolved around Muslims attacking hindu villages,” and the resistance strategies that Hindus evolved to ward off the attack.

“I remember one particular incident he narrated, where scores of bricks were stored on the terraces of Hindu households… When the Muslims attacked, the bricks were put to effective use. “We never wondered why he chose to tell a 14-year-old boy and his sister stories that would shake them to the bone,” he recalls in “Looking for the Nation: Towards Another Idea of India”.

Many years later, Bhattacharjee realised that the telling of such harrowing, sometimes skewed, stories were a part of “a deliberate plan”.

“The man, I learnt much later, belonged to a Hindu right-wing organisation. The stories he told us were part of his job. His job was propaganda. This was a politically sanctioned method to arouse and cement communal sentiments,” he reflects in the book.

But “his lies and fantasies” have caught on with the author’s present and he penned this book, “not looking for a desirable idea of the nation”, but in the quest for “the nation with irony, discovering everything that falls short of fraternity and justice”.

And how does he do it? Fortunately, Bhattacharjee’s offering breaks from the routine books that either blindly critique the functioning of Hindu right wing organisations, or are full of praise for them. His book is neither criticism, nor reflection, if anything, it is an earnest attempt at understanding how our country functions, not in accordance with what is laid down in the Constitution, but in practise in our day-to-day lives.

His arguments are broken down in six chapters, each tracing a particular trajectory that has gone in, or continues to shape, the elusive idea of India.

In the first chapter “The Surplus of Indian Nationalism”, his findings suggest that Indian nationalist thought is a product of the anti-colonial movement. In finding the root and evolution of Indian nationalism, he keenly studies the works of Nehru, Tagore, Gandhi, Ambedkar and others, who, through their participation in the freedom movement, gave voice to the sentiments of nationalism.

He explains that Nehru, in his writings, laid down the larger debate of nationalism, and its relation with modernity, culture, identity and history. Aurobindo, on the other hand, reflected on the nation as “a grand idea in the shadow of religious differences”. The chapter also suggests that Tagore engaged with Gandhi on the question of culture and universalism, while Ambedkar provided a critical perspective on the speculations by nationalist thinkers.

After having laid down the foundation of his research in the first chapter, Bhattacharjee strolls down the “territory without justice”. “…Since then (Independence), the stories of betrayal, hatred, and above all, the fetish for territory, haven’t come to an end”, he notes, before analysing the fate and predicament of the nation’s most “beleaguered people” — the refugees, the Dalits and the minorities.

In the next chapter, he looks at India’s Muslims, with the shadow of Partition behind them, and the future ahead. “The discourse of trust and mutual generosity were taken over by suspicion and hatred. Religion and history were treated as contested territories of difference,” he writes in charting what has “led to the sacrifice of ethical responsibility”.

The remaining chapters focus on “Untouchables”; the institutions of the country, where he finds that bodies are coerced through mechanisms of control; and “Thinking Against Power”, the last chapter of the book, throws light on the resistances against nationalism, caste and other embedded patriarchies.

“Looking for the Nation”, however, may come across as too heavy for some readers, flooded as it is with analogies, reflections and studies of various thinkers and leaders. This book’s merit lies in its structure, and the author succeeds in telling what he set out to do, by dividing the book into six chapters, each focussing on one theme and leading, quite naturally, on to the next.(IANS)