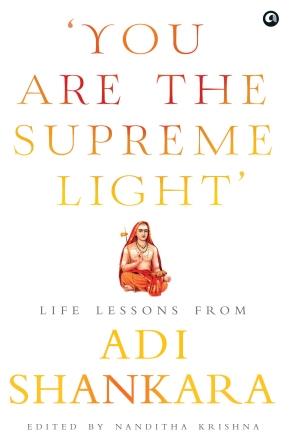 Adi Shankara was undoubtedly one of the greatest men the subcontinent ever saw. A man of brilliant mind, his compositions and achievements by the time he passed away at a young age of 32 are nothing less than stupendous. As author-editor Nanditha Krishna says, if the British claim they created India, they need to know that this young man walked the length and breadth of the subcontinent over a thousand years earlier.

The importance of this slim volume is the simple way it explains Shankara’s evolution as a philosopher and his marvellous capacity for organisation. He united the vast region by appointing a disciple from one part of the country as head of his “mathas” or monastaries in another part. He was a poet, logistician, debater and devotee combined together. One whose legacy lives on.

Krishna, a Chennai-based writer with a PhD in Ancient Indian Culture, is among the few who credit Shankara with setting up not four (Dwarka, Badrinath, Puri, Sringeri) but five (Kanchipuram) mathas. There is evidence, she says, that Shankara visited Kanchipuram in the 8th century and told the king to go for a more gentle form of Kali in the form of Kamakshi.

Shankara’s life story per se is well known. The book tells us that a major contribution of Shankara, who propagated the Advaita Vedanta philosophy, was in the abolition of animal and human sacrifice wherever he went. He did not accept blind faith. His philosophy was not as sectarian as either Vaishnavism or Shaivism — although there is no doubt that it is mainly Shaivites who worship Shankara.

Shankara was a devastating critic of blind faith, pretentiousness and foolishness. And he wrote some of the greatest devotional hymns (to Gods, cities and rivers) as well as commentaries whose appeal has not dimmed a bit despite the many centuries that have passed since they were written.

The book has a rich collection of some of his aphorisms on various subjects. His mathas live on to this day, providing spiritual guidance to Hindus, although, the author laments, they have become a new orthodoxy, something that Shankara rejected all his life. (IANS)