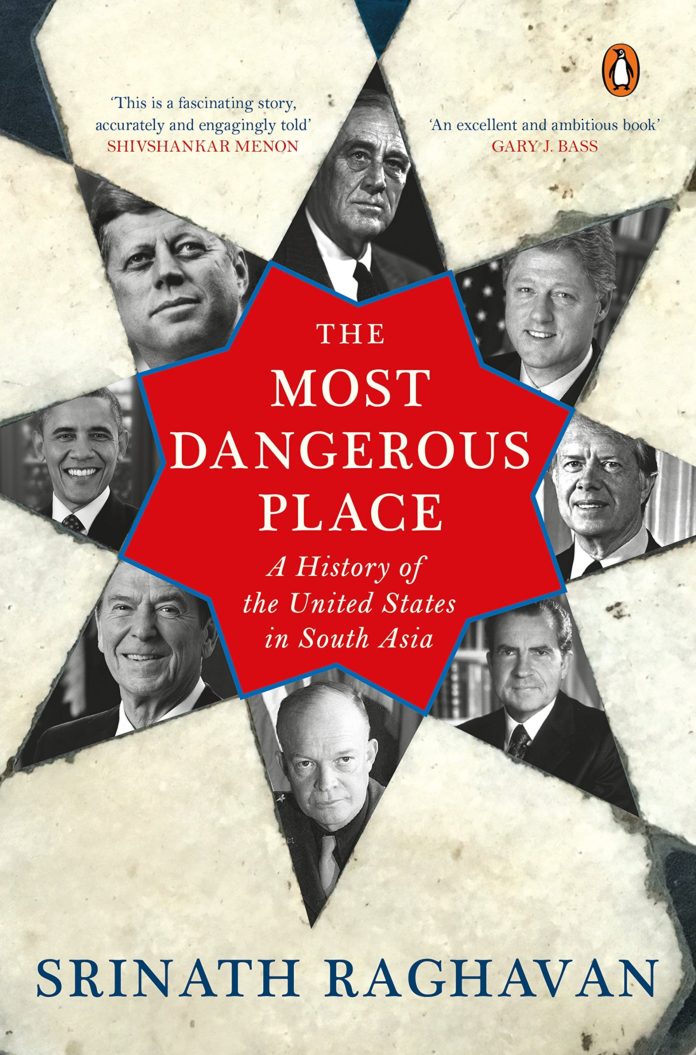 American interest in South Asian countries (particularly India) — which deepened after the British decolonisation in 1947, in search of capitalist opportunities — has come a long way since such interest was first evinced in the early 18th century.

So says historian and a senior fellow at the Delhi-based Centre for Policy Research, Srinath Raghavan, as he traces the relations between US and the South Asia over the past couple of hundred years to the present. Examining thousands of declassified documents, the author explores the political and economical reasons behind the American interest in South Asia, particularly India, Afghanistan and Pakistan. These three countries, of the eight in the South Asian region — the others being Bangladesh, Bhutan, Nepal, Sri Lanka and Maldives — have been of “greater interest” to the US over the others, the author writes.

The book offers three lenses through which American-South Asian ties, from their beginnings to President Donald Trump’s era, can be defined as power (and the pursuit of economic, political and military interests); ideology; and culture.

Way back in 1784, when the first American ship sailed to Pondicherry (now Puducherry) on the subcontinent’s south-eastern coast seeking to do trade, it was a country unrecognised by Indians based on its flag on the vessel.The British East India Company, founded in 1600 for trading with the Southeast Asia and later in China, played a key role in establishing trade links between America and India.

“…the British Empire created structural links between America and India. As the East India Company bored deeper into the subcontinent, it began to export large quantities of Indian produce, especially textiles and spices, to the American colonies,” the author notes.

While the World Wars and the political situation had trade relations in turmoil in the early 20th century, it was not just commerce, but also faith that was keeping the Americans interested in the region.

“All religions are tolerated here… Some of the natives have been converted to Roman Catholic, some are Mahometans (Muslims), but the great body are ‘gentoos’ or Hindus, the original religion of the country,” noted one of the visiting Americans during his voyage to India.

From then American President Theodore Roosevelt’s (1858-1919) “vociferous” admiration of the British Raj influenced by English author Rudyard Kipling’s popular poem “White Man’s Burden”, calling on the Americans to colonise the Philippines, to Swami Vivekananda’s speech receiving a standing ovation from thousands of Americans at the Parliament of World’s Religions in 1893 at Chicago — several efforts furthered the ties between the US and India in particular.

The country and its leaders were also particularly drawn to Mahatma Gandhi’s non-violent struggle for freedom from the British rule, which began after the World War I (1914-1918).

From details of India’s freedom struggle, the partition of 1947 leading to the creation of Pakistan, the India-Pakistan War of 1947-48 for Kashmir — when President Harry S. Truman (1884-1972) had imposed an informal arms embargo on both countries — the book points to the continued American interest in the South Asia region both before and after Indian Independence.

India and Prime Minister Jawaharlal Nehru’s role in the Non-Alignment Movement, to keep away from being dominated by the Western capitalistic ideologies and Soviet communism, had established that the “risks to US security from a weak and vulnerable India would be greater than the risks of a stable and influential India.”

Terming the 1970s-80s a “dangerous decade”, the author recalls how India’s underground nuclear test at Pokhran in 1974 during Prime Minister Indira Gandhi’s rule “stunned” the world, evoking a “sharp response” from Pakistan, and eventually US President Jimmy Carter admitting to have reached a “dead end” in non-proliferation efforts in South Asia.

During the period, the Soviet invasion of Afghanistan (1979-89), however, proved to be a “challenge” to the US in establishing its control over the region.

“In the decade following the Soviet invasion of Afghanistan, the US’ relationship with India underwent a paradoxical change. On the one hand, the tremendous expansion in American aid to Pakistan for services rendered in Afghanistan met with deep disapproval from India… On the other hand, there was a… change in the bilateral relations owing primarily to India’s aspirations to economic transformation at home,” the author notes.

The years following marked the rise of terrorism and extremism in Afghanistan, including Islamic extremist organisations Al-Qaeda in 1988 and Taliban in 1994, straining ties.

“The terrorist attacks of 9/11 (by the Al-Qaeda group on September 11, 2001, killing about 3,000 people) were seen not only as a challenge to American primacy but also as a dramatic rupture in the course of world history since the end of the Cold War,” the author writes.

South Asia, however, remained a key region for the US during the terms of former American Presidents George W. Bush (from 2001-2009) and Barack Obama (from 2009-2017) for its war against terror in Pakistan and Afghanistan, and in its “efforts to cope with China’s rise” in the context of India, the historian adds.

With the “rising power gap” between India and China, the current Indian government led by Prime Minister Narendra Modi decided to “tilt heavily” towards the US, by becoming a major defence partner to the country, the book notes.

With detailed accounts from various sources, including the heads of state and the military and several authors and journalists from both US and South Asia, the book presents an exhaustive insight into the relations between the regions. (IANS)