“The relationship between the citizens of Pakistan and India needs to remain interactive. We need to converse and exchange ideas and thoughts. 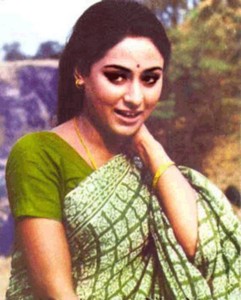 “War is not an option, discussions and talks are needed to solve the disputes between the countries,” the “Masoom” actress said during an interactive session ‘Baithak’, organised by News18 on Tuesday here.

She also urged people to introduce more student exchange and cultural exchange programmes as they will help in understanding the people and their beliefs more.

The 67-year-old actress added: “During cricket match of Pakistan and India, people start behaving like rivals and discriminate against each other. So, that time film is the medium through which feeling of love can be generated among people of India and Pakistan through artistes’ performances.

“More films should be made through which message of love and peace is imparted, and there should be a joint collaboration between the nations.”

Actress Taapsee Pannu, whose film “Mulk” got banned in Pakistan, feels sorry for the people who could not see the courtroom drama there.

Taapsee said: “In India, people called me anti-national for my performance in ‘Mulk’, but after the release of the film, people appreciated me. I am a proud Indian and it is a proud Indian film.” (IANS)