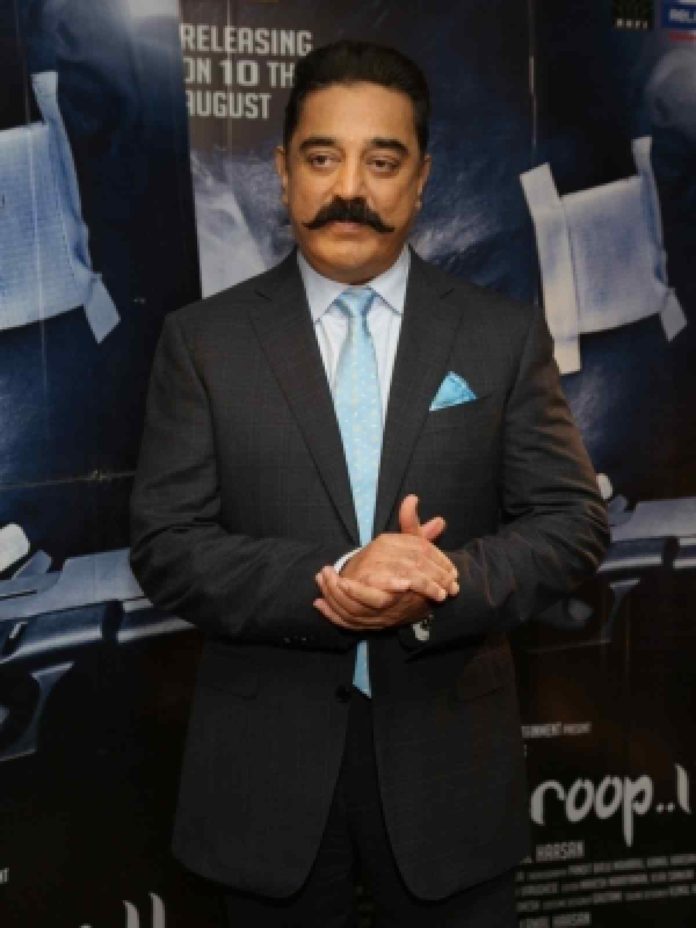 A revenge drama, the narrative follows the bruised and PTSD (Post-Trauma-Stress-Disorder) affected RAW Agent Major Wisam Ahmad Kashmiri (Kamal Haasan). How his nemesis; members of the IS team, Omar Qureshi a leading member of the terrorist group Al Qaeda and an Indian politician try to eliminate him, forms the crux of the tale.

Narrated in a non-linear manner and packed with ace stunts that include; fisticuffs, gun fights, parachute jumping, bomb blasts, cars turning turtle and an under-water fight, the film shows us how Wisam is invincible. He describes himself as: “A dirty soldier turn bloodiest.”

The film is virtually Kamal Haasan’s show and he with his natural charm and charisma, subtly portrays himself as an efficient and mentally agile Raw agent, a loving husband and a dutiful son. He manages to do this with oodles of cinematic liberty which includes excellent edit cuts and computer generated images.

He is aptly supported by; Pooja Kumar as a “nuclear oncologist” and his wife- Nirupama, Andrea Jeremiah as his protege and efficient assistant Asmita, Waheeda Rehman as his amnesia-affected mother. These three women are only there to create an emotional conflict and show the softer side of this tough, former military man.

Shekhar Kapur in a poorly written role is wasted as Wisam’s boss Colonel Jagannath. Anant Mahadevan walks through his part as the slimy politician Rajesh Mehta. But the one who leaves a mark on screen is Rahul Bose as Omar Qureshi. With his radiation affected, scarred face and wheezing speech he does portray the face of terror. But unfortunately, though he makes an impact with limited screen time, he is lost in the narrative.

Mounted with ace production values, some scenes are magnificent and awe-inspiring especially the sets depicting Afghanistan. Also to elevate the drama in the moment, the director has used freeze frames. Though effectively used, this gives the narrative an amateurish feel.

With a run time of two hours and twenty minutes the film keeps you glued to the screen, but there are instances that are predictable and at times the conveniently crafted scenes make the narrative seem ridiculous. At one stage the film seems to be a drama of geriatric actors that fail to thrill. (IANS)