Here is a Q&A with Author Ruby Lal about her book: Empress: The Astonishing Reign of Nur Jahan:

Q: Nur Jahan held power in Mughal India as no woman ever had before, co-ruling the Empire with her husband 350 years before India had its first female prime minister. How does her reign and worldly influence compare to more recognizable female figures like Cleopatra and Queen Elizabeth? 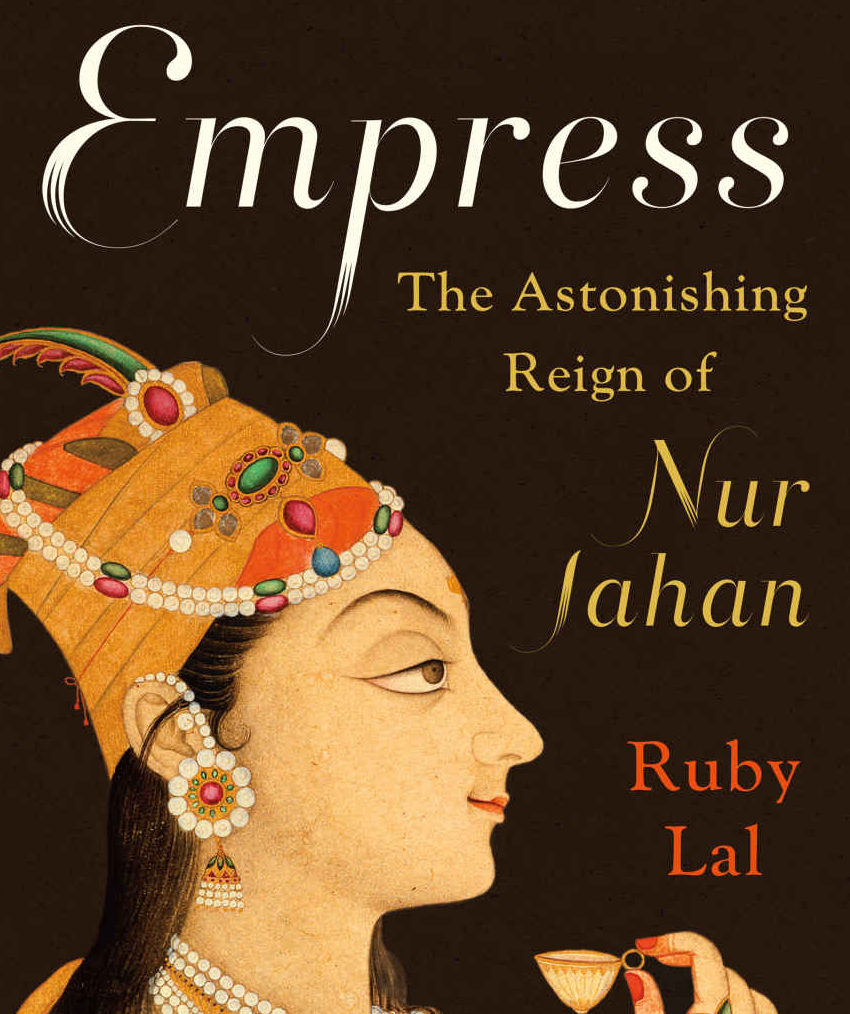 A: Unlike Cleopatra or Queen Elizabeth, Nur Jahan was not from the royal family and did not inherit the right to rule. A widowed mother, she married the fourth Mughal Emperor at thirty-four, his twentieth and last wife—and went on to become a co-sovereign with him. The one woman we can count among the Great Mughal rulers of India. Stunning achievement. A Shi’a woman from an immigrant Iranian family, ruling an empire which had a (nominally) Sunni sovereign and a population that was predominantly non-Muslim. Nur designed marvelous buildings and gardens, championed social justice especially in the name of the poor and women, hunted killer tigers to protect her subjects, and even went to war to rescue her husband from captivity. Yet, her reign has been locked up in a legend of irrational love for a bewitching woman by her besotted (and drunken) husband. We know her, and yet we know nothing about her, nothing about the diverse and dynamic world she lived in, nothing about her qualities of head and heart, her political acumen, her wisdom, her ambition. . . . This is the fate of many exceptional luminary women leaders in the past—and dare we say, the present.

Q: As a professor of South Asian history at Emory University, how do you find your students react to stories of previously unknown powerful Indian women like Nur Jahan?

A: My students are passionate about previously untold stories. The provocative account of Nur’s rise to an unparalleled leadership is new to most of them. The millennials brilliantly and swiftly connect the past and present. To them, Nur’s story resonates with Hillary Clinton’s. Nur and Hillary, many of my students have said, challenge the male world. Thomas Roe, ambassador of James I of England; her stepson, the builder of the Taj Mahal; court historians; and scores of other men raised eyebrows at Nur’s power. They couldn’t quite wrap their heads around the phenomenon called Nur Jahan. Fast forward to 2016: Recall the barrage of insults that shot up as soon as the possibility of Hillary as the first woman president of the United States came to the fore. She dressed badly, she was not emotional, she was calculating, she was a “nasty woman.” “Goddess of heathen impiety,” Roe said about Nur.

Q: You have suggested that the current Indian administration is attempting to lessen the preservation of Mughal history as part of its right-wing agenda. Do you worry that much of the Mughal history will be lost forever?

A: The idea of history being “lost forever” is one that my book resists. I energetically reclaim Mughal history. Undoubtedly, there are consequences to the right-wing agenda, but still, history cannot be wiped out when some version of it is written in stone for all time. The right-wing assault is real: They successfully removed the Mughals from textbooks in the western state of Maharashtra in 2016. The question is how we write other histories, other stories to save the plural heritage of India. A world like the one in which I grew up, where a mother could tell her daughters stories celebrating Hindu, Muslim, and Christian figures, celebrating all of them. With the changed textbooks, young learners in schools will be told only of Hindu heroes and Hindu history, and a past that is fixed and hostile, in which Hindus and Muslims eternally battle one another. The new Hindu nationalism (in California as in India) threatens homes and streets in which Muslim, Hindus, Jains, Jews, Jesuits, Paris, Sikhs—Hindi, English, Punjabi, Marathi, Urdu, and one might add, the more than 300 dialects of India—coexist. The Indian government’s effort to erase the Mughals from history threatens the lush and varied heritage of India, exemplified in powerful and compassionate figures such as Nur Jahan. As Gandhi said repeatedly in the last months of his life, “What will be left of my country and my religion [Hinduism] if the Jama Masjid [the Great Friday Mosque built by the Mughals] no longer exists in Delhi?”

Q: One reading of Empress is that it’s about the importance of releasing a previously silenced history. Do you see your book fitting into the current #MeToo movement that’s sweeping the country, where women’s voices, which were once silenced, are now being heard?

A: The parallel is twofold. First, the #MeToo movement enables other hidden stories to emerge. I hope that my account of Nur’s achievements against extraordinary odds will generate other investigations and other histories of women’s lives and power. Second, campaigns such as #Me Too, Black Lives Matter, Women’s March, and women shedding their veils in Iran are revolutionary in opening up people’s horizons. Empress is not just one more fun story. She is the story of India, the history of India. Once you know Nur, you turn your head and see India differently. Not as a rape capital of the world, but as a place full of creative, dynamic, proactive women.

Q: What can we do to ensure that the history of today’s powerful female leaders is preserved and celebrated for future generations?

A: I always remember Alice Walker’s guidance to women: If we don’t keep our records, who will? Each of us is responsible, to some degree, for writing our records—stories, histories, experiences—so that they can be preserved. We need to encourage all women to act as leaders and to leave their records behind. We need to tell stories of powerful women in classrooms, engage in consciousness raising, if you like. How could a woman leader like Nur Jahan come to be in seventeenth-century India, back then, out there, I am often asked. That is precisely the point. We need to speak about Nur and other aspects of the rich, fluid, diverse history of the world. It is a more surprising, mixed, and wondrous world than most people imagine. I think it’ll make a huge difference if Nur’s story is discussed in the media. It’ll lead to more women’s stories, more diversity, and more discussion. And it’ll strengthen and preserve the memory of today’s women leaders for future generations.

Q: Finally, you currently split your time between Atlanta and Delhi. Does your personal experience as a woman differ when you’re in the US versus when you’re in India?

A: Inevitably! And the differences are both subtle and unsubtle. I live in the US with my (historian) husband, and there is my work as a university professor, and my growing circle of friends, many of them from “alternative” circles—feminists, creative writers and artists, yoga enthusiasts. My visits to India are briefer (though I hope that’ll change)—and conversations, even with old friends and family are skewed by assumptions of what being an Indian-American, “America-based” intellectual means: that one is wonderfully rich and without a care in the world! The increasingly rich middle classes in India believe they already know all there is to know, and there is a startling lack of curiosity about other cultures and other ways of being—quite the opposite of what India prided itself on for hundreds of years. The Hindu right wing’s return to “tradition,” “correct” ways of comportment (especially for women and minorities), and frankly feudal (including joint family) values, makes questioning and conversation even more difficult. But there are any number of activist groups and individuals around the country—people in women’s movements, NGOs, lawyers, journalists, academics and even businesspersons—who bravely keep the flame of inquiry, creativity, and debate alive. And this is where my work fits in.