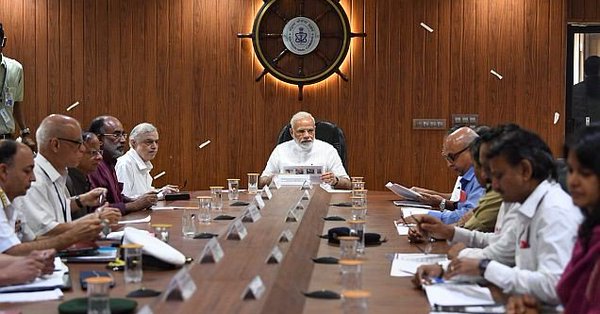 Kochi– Prime Minister Narendra Modi on Saturday announced Rs 500 crore financial assistance for flood-ravaged Kerala where hundreds of people have died, lakhs have been rendered homeless and property worth millions of rupees has been destroyed in one of the worst floods and torrential rain in recent history.

The Prime Minister, who flew from Delhi on Friday night, made an aerial assessment of the damage caused by the floods. However, the survey was done only in some of the affected areas due to bad weather.

Overflowing rivers and a series of landslides have caused the death of 180 people as of Saturday morning, with over three lakh people forced to move to some 2,000 relief camps. 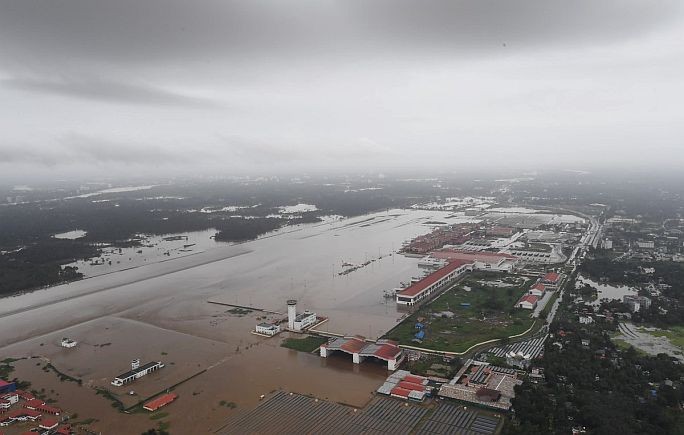 The aerial survey of the massive loss and destruction triggered by the torrential rains was initially called off due to bad weather.

Following the cancellation, Modi chaired a meeting with Governor P. Sathasivam, Chief Minister Pinarayi Vijayan and other officials and witnessed a video presentation of the widespread destruction across the state.

“The Prime Minister announced a financial assistance of Rs 500 crore to the state. This is in addition to Rs 100 crore announced on August 12. He assured the state government that relief materials including foodgrains, medicines would be provided, as requested,” an official statement said.

Modi also announced an ex-gratia of Rs 2 lakh each to the next of kin of the deceased and Rs 50,000 to those seriously injured from the Prime Minister’s National Relief Fund (PMNRF).

Insurance companies were also directed to hold special camps for assessment and timely release of compensation to the affected families and beneficiaries under social security schemes. Directions have also been issued for early clearance of claims under the Fasal Bima Yojna for farmers.

The statement said villagers, whose houses have been destroyed in the floods, would be provided Pradhan Mantri Awas Yojana-Gramin houses on priority.

“The Prime Minister complimented the state government for the efforts made in meeting the challenges of the unprecedented situation. He observed that rescue of people who are still marooned remains the topmost priority,” the statement said.

The disaster has triggered an unprecedented rescue and relief operation led by the Army, the Air Force and the Navy along with teams of National Disaster Response Force involving about 1,300 personnel and 435 boats.

Thirty eight helicopters have been deployed, apart from 20 aircraft used for ferrying resources.

The Army has deployed 10 columns and 10 teams of Engineering Task Force (ETFs) involving around 790 personnel.

The Navy has provided 82 teams, the Coast Guard 42 along with two helicopters and two ships.

Five Companies of paramilitary troops have also been deployed for rescue and relief measures.

Nearly, 7,000 persons have been rescued since August 9 and some 900 given medical assistance. (IANS)