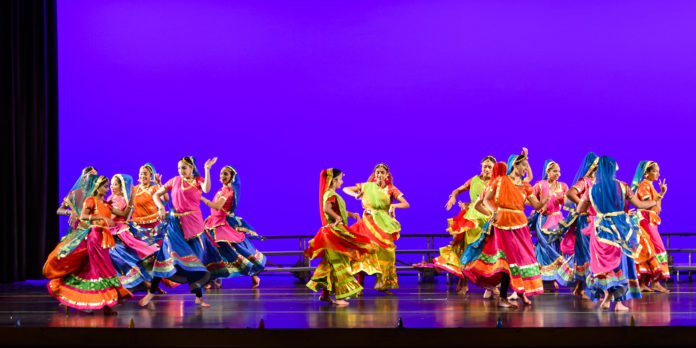 “Every year I try to come up with theme that’s educational and entertaining for young generations,” said Ms. Shah, founder of Aangikam Dance Academy. “With the theme Discovery of India I tried to cover Indus Valley civilization to today’s times. For me, it’s extremely challenging to come up with new exciting theme , songs , choreography and costumes but that’s what I enjoy.”

The day-long program was held at the Littleton High School auditorium in Littleton, MA. 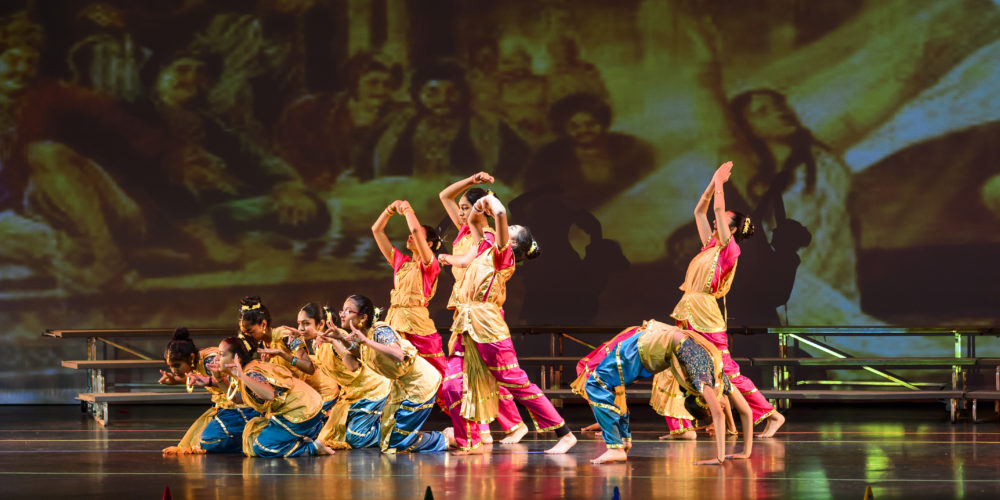 “Year after year, Aangikam Dance Academy’s annual show never fails to impress me. There is always an interesting theme, with all kinds of dances to represent it and create a story,” said Tina Taylor of  Billerica, MA. “This year’s theme was Discovery of India, and each dance showed a different part of India’s history. With hard work from everyone, and after many fun and lively practices, we put together an amazing show.”

She said there were songs about the geography like the Ganga River, reenactments of epics like the Mahabharata, as well as demonstrations about  different empires, such as the Mughal Empire.

“Some of the dances I performed in showed the anger of India during the British occupation, the growing popularity of cricket, and India’s obsession with Bollywood,” said Ms. Taylor. “As dancers, we artistically portrayed India from past to present in a unique way. I’m grateful everyday that I have the opportunity to train under Guru Jasmine Shah and to be part of this amazing group of dancers.”

“Having attended 12 annual shows and countless dance performances choreographed by Jasmineben, this year’s “Discovery of India” again was simply out of this world,” said Sonal Shah. “Discovery of India, the theme sounds like a history lesson , doesn’t it? Well it sure was but in a creative way which combined the history along with the modern beats of the music which generations all across the audience could relate to.”

She said breathtaking backdrops took one from “ये हँसी वादियों, यें खुला आसमान” to the scenes of Moghul era, Bollywood icons accompanied by creative props and mind blowing expressions of the dancers to create a mesmerizing atmosphere.

“If you did not have a chance to attend the show you definitely missed one of the best shows. My favorite was the expressions of the Kauravas, the creative elephant during the Akbar dance along with tribute to Sridevi,” said Sonal Shah.