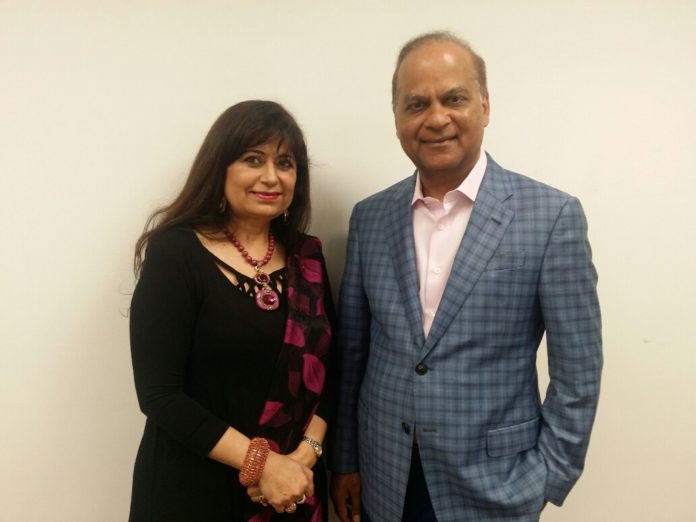 CAMBRIDGE, MA—When S.P. Kothari, the Gordon Y. Billard Professor of Accounting and Finance at the Sloan School of Management at MIT, was asked to helped lead organize the giant World Hindu Congress 2018 in Chicago this year, he took the opportunity.

“I think there is tremendous latent force there, and I think we have to harness that energy, and I think this was an opportunity to do that,” Prof. Kothari told Chai With Manju in an exclusive interview. “Hinduism has been a beacon of spirituality…There is a glorious past and much to be learned.”

Under his chairmanship, the upcoming World Hindu Congress 2018, which is scheduled from Sept. 7 through 9 in Chicago, was sold out a month before the event. It will feature a number of dignitaries, including Buddhist leader Dalai Lama, Sri Sri Ravishankar and 2,000 delegates from 80 countries.

In interview, Prof. Kothari also talks about his own journey from a small town in Karnataka to BITS Pilani to Indian Institute of Management Ahmedabad and finally to prestigious Sloan School of Management.

He says that it is important to go back to one’s root and feel proud of one’s heritage, bit it is equally spread the core Hindu value of spirituality, respect for all religions and most importantly social progress, and especially equality of women.

Before joining the Sloan School of Management, Prof. Kothari served as global head of equity research for Barclays Global Investors, responsible for research supporting BGI’s active equity strategies.The actively managed equity portfolio had in excess of $100 billion in assets, and the research team was comprised of approximately 50 PhDs based in San Francisco, London, and Sydney.

Prior to that, Prof. Kothari was Head of the Department of Economics, Finance, and Accounting at the MIT Sloan School of Management.  The American Accounting Association honored his work with the 2014 Notable Contributions to Accounting Literature Award.  For the past 17 years, he has served as an editor of the Journal of Accounting & Economics, a world-renowned academic research journal in accounting.  He is an expert on economic policy issues in India and has written numerous opinion-page editorials in The Economic Times.

Prof. Kothari has frequently served as a senior consultant with Charles River Associates, a business-economics and litigation-support consulting firm. He has consulted with many large corporations, including leading U.S. and international banks and asset management companies, Australian television broadcast corporations, U.S. steel companies, E&Y, KPMG, PriceWaterhouse Coopers, and the U.S. Department of Justice.

(Dr. Manju Sheth, an internist at Lahey Health, is past president of Indian Medical Association of New England and currently serves on the Patient Care Assessment Committee at Harvard Pilgrim Health Care. She is president of INE Multimedia, creator and Co-Producer of New England Choice Awards. You can reach her at DrManjuSheth@Gmail.com.)