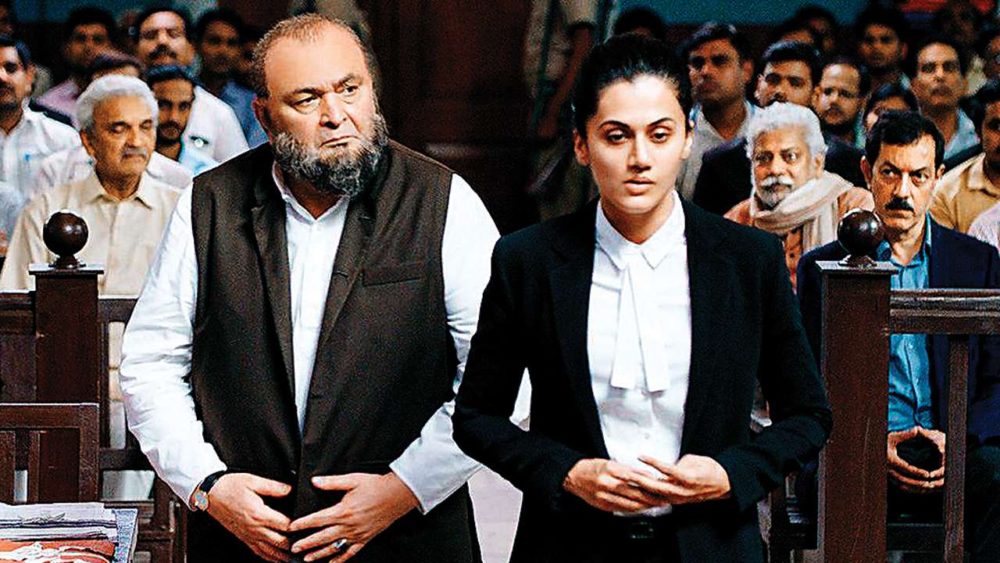 “Mulk” is a muscularly lean and emotionally raw, fictionalised film, based on real-life cases drawn from newspaper clippings. Drawing from the recent rise of communal tension, the director takes a darker turn to craft a family tale into an intense courtroom drama.

Through a Muslim family trying to reclaim their lost honour, it portrays the tragedy of how we perceive each other with prejudice and differentiate between, “hum aur woh”, or us and them.

The film echoes the voices of Muslims, where anti-Muslim bigotry leads to horrendous and usually one-sided communal violence with state sanction that leaves them feeling scarred, besieged and vulnerable.

The narrative starts off showcasing a harmonious neighbourhood of Benaras, where Murad Ali Mohammed (Rishi Kapoor) a Muslim lawyer resides with his family. They have been living there for several decades and the entire neighbourhood is considered as an extended family.

Considering the undertones of current communal disharmony, Ali’s nephew Shahid, gets influenced by an Islamic extremist who convinces him that Islam and the Muslims are in danger. Shahid offers to be a jihadi and participates by executing a bomb blast in a public transport vehicle, where a number of innocent people are killed.

The police headed by the investigating officer and encounter specialist, Danish Javed (Rajat Kapoor) track Shahid and at the same time implicate that his family too is involved in the act of terrorism. They arrest Shahid’s father who is Ali’s younger brother, Bilaal Mohammed.

How Ali along with his daughter-in-law Aarti (Taapsee Pannu), battle in court to prove that Bilaal or any other family member is not a terrorist, forms the crux of the tale.

The plot marshals forceful arguments on both sides of the divide and lets us hear testimony from all parties involved. High-quality casting ensures that the moral philosophy doesn’t seem entirely arid, with Kumud Mishra as the presiding judge, Ashutosh Rana as Santosh Anand, the Public Prosecutor and Rishi Kapoor along with Taapsee Pannu as the defending lawyers.

The performances are all admirably understated except for the particularly overdramatic performance by Ashutosh Rana as the prosecution lawyer. When the onus of proving one’s love for the country is put on the defence lawyer, she in turn, puts the burden on Rishi Kapoor who is also accused for treason, which really puts too much burden on Kapoor’s acting skills and he executes it effortlessly.

Taapsee Pannu as Aarti, is equally natural and effective. So is Kumud Mishra.

Among the cast in supporting roles; Nina Gupta as Ali’s wife Tabassum, Prachi Shah as Bilaal’s wife Choti Tabassum, Prateek Babbar as Shahid, Ashrut Jain as Shahid’s friend and his sister’s love interest – Rashid. Each one of them have their moments of on screen glory.

Whether you are absorbed by the narrative or find yourself distanced by it would simply depend if the theme of the film appeals to you. But nevertheless, mounted with decent production values, the film seems realistic, intense and is never boring.