Thiruvananthapuram— Kerala has been facing unusually high rainfall since early August, which has led to statewide floods taking several lives and causing severe damage. According to the government, there hasnt been a flood of this scale in last 90 years. The death toll as of August 16, stands at 114. 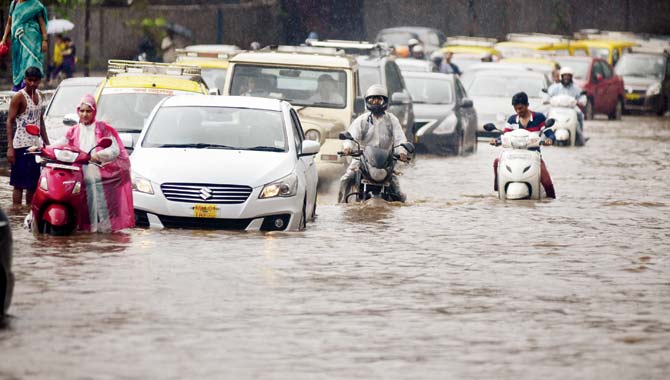 According to a report from the National Disaster Management Authority, 130 people have died in Kerala this monsoon from May 29 to July 19. Adding to this, the deaths from the August rainfall, the death toll for Kerala is 217 as of August 16.

There has been mobilisation of resources to deal with the floods. In a a press release, Kerala Chief Minister Pinarayi Vijayan said: “As per the primary assessment, the state has incurred a loss of Rs 8,316 crore (Rs 83 billion). Kerala is facing its worst flood in history after 1924. Ten out of 14 districts were badly affected. Twenty-seven dams in the state were opened due to water rise. Thirty-seven people died in just four days. There were mudslides and landslides in 211 different places across the state. Central forces, National Disaster Response Force and all the state forces are full time engaged in rescue mission at different districts. More than 20,000 houses were totally ruined, about 10,000 kilometres of public roads were also destroyed. The state will have to bear the loss of this disaster for a long time.”

Union Minister of Home Affairs Rajnath Singh, after his visit to the flood hit areas of the state termed the situation of Kerala “very serious”. He also announced an immediate relief of an additional Rs 1 billion rupees.

Though 27 small and big dams were opened across Kerala in this crisis, the opening of the Idukki dam’s shutters at Cheruthoni gained media and public attention. Idukki is the biggest arch dam in Asia and the last time this dam’s shutters were opened was in 1992.

In the wake of the heavy rains this year, the water level in the dam had reached almost 2,400 feet, just a few feet lower than its maximum capacity of 2403 feet. On August 9, following a warning to the public, the officials opened shutters of the dam, after 26 years.

It was first time in the history that all five shutters of the dam were opened. After the shutters were opened it cause rapid swelling of Periyar river that flows through Idukki and Ernakulam districts. Nearly 700,000 litres of water per second was discharged from the Idukki dam into the Periyar river.

“Because of torrential rains and landslides, 18 relief camps have been started in different parts of Idukki district and almost 1,000 people have been relocated to these camps. Opening of the shutters of Cheruthoni dam due to increased water level of Idukki dam has also resulted in people being moved to camps. We have taken enough measures to provide all the necessary facilities for the affected people,” Idukki district collector D. Balamurali said.

Most of the regions impacted by this monsoon were once classified as ecologically-sensitive zones (ESZs) by the Western Ghats Ecology Expert Panel (WGEEP), also known as the Gadgil Committee.

The report was crafted by a team headed by Madhav Gadgil, ecologist and founder of the Centre for Ecological Sciences at the Indian Institute of Science, Bengaluru. According to environmentalists, the committee’s recommendations were strong enough to protect the sensitive Western Ghat region.

The committee had suggested that 140,000 kilometres of the Western Ghats be classified in three zones as per the requirement of environmental protection in the areas. In some areas the committee recommended strong restrictions on mining and quarrying, use of land for non forest purposes, construction of high rises etc. The report was first submitted to the government in 2011.

But the Kerala government rejected the committee report and did not adopt any of its recommendations.

Speaking to various regional media, Madhav Gadgil has said that irresponsible environmental policy is to blame for the recent floods and landslides in Kerala. He also called it a “manmade calamity”. He said that the committee report had recommended to protect the resources with the cooperation of local self governments and people, but those recommendations were rejected. He also pointed out that quarrying is a major reason for the mudslides and landslides.

Other environmentalists also point fingers at the extensive quarrying, mushrooming of high rises as part of tourism and illegal forest land acquisition by private parties as major reasons for the recent calamity. (IANS)