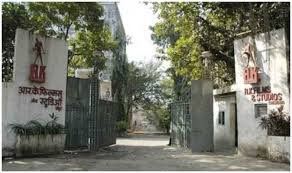 Kareena, who has been under the weather for a few days, told IANS here: “I don’t know how far what is actually happening. In fact, I have been quite under the weather and I haven’t even met my father in the last four or five days… But of course, we have all grown up walking around in those corridors.”

“I think it’s probably something that the family has decided, so it’s upto my fathers, his brothers and up to them… If that’s what they have decided, so be it,” added the actress on the sidelines of the Lakme Fashion Week, where she was the showstopper for the finale show.

The Kapoor family has taken the tough decision of selling the two acre RK Studio 70 years after it was established as it was not economically viable to rebuild it after it was gutted down in a fire last year.

Rishi Kapoor, in an interview to Mumbai Mirror on behalf of the family, said they were initially juggling with the idea of renovating the place with state-of-the-art technology, but the investment in rebuilding the studio would just not have yielded sufficient revenue to keep it going. He called it a “level headed decision”.

In September last year, a major fire broke out on the sets of a dance reality show, leaving a section of the studio gutted.

R.K. Studio, the headquarters of the film production company R.K. Films, was founded and named after the Great Showman, Raj Kapoor, in 1948.

Its inaugural banner film “Aag” that year crashed at the box office, but the next year proved to be a good omen when its production “Barsaat” (1949), starring Raj Kapoor-Nargis was a superhit.

In fact, the company’s logo was designed to reflect the poster of a scene from “Barsaat” and after that, the studio never looked back.