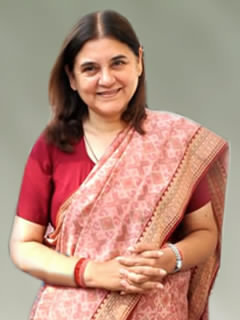 In the wake of alleged rape of inmates of a shelter home in Bihar’s Muzaffarpur and another in Deoria, Uttar Pradesh, Gandhi also requested parliamentarians to visit the shelter homes periodically to check the living conditions and level of care provided to the children.

The Minister for Women and Child Development (WCD) also said that there were only 43 complaints regarding child abuse and neglect in shelter homes and Child Care Institutions (CCIs) from 2014 to 2018, out of which 38 have been disposed of.

The government has also received 203 complaints from 11 states and Union Territories under the National Commission for Protection of Child Rights (NCPCR) in the last four years where the inmates escaped from such homes, the Minister added.

Gandhi stated that her ministry has asked the Chief Secretaries of all states and Union Territories to inspect the facilities by September 15 and submit a report.

According to Section 41 of the Juvenile Justice (J.J.) Act, it is the responsibility of the states to check registration of CCIs whether funded by government or independent.

“The Centre has relentlessly pursued with the state governments to register all CCIs by December last year. As an outcome, 7,109 CCIs are reported to have been registered while 401 are reportedly under process,” the Minister said. (IANS)