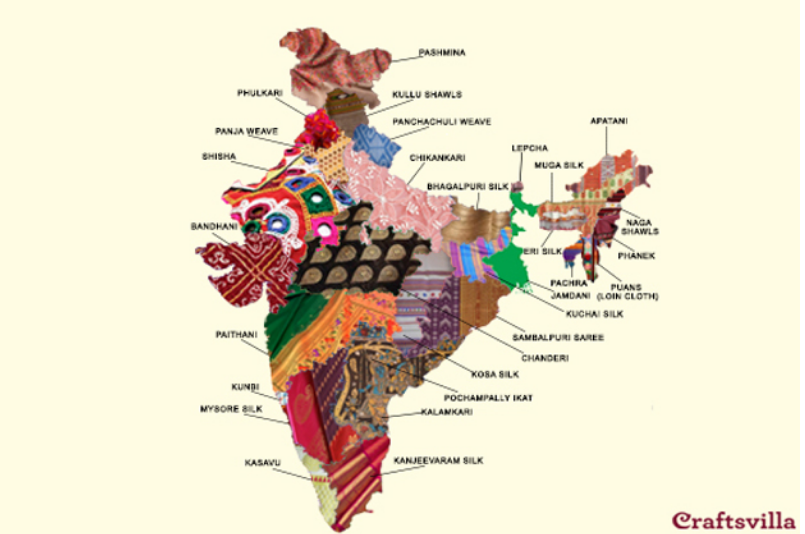 The designer is here at the Lakme Fashion Week Winter-Festive 2018 to showcase his latest range Anupama, a tribute to the era and fashion of actresses like Meena Kumari, Madhubala, Nutan, Waheeda Rehman, Sadhana, Nargis and Vyjayanthimala.

Asked how has the world of cinema helped in evolving fashion, Shah told IANS here: “At fashion runways, cinema has played significant role is promoting the tradition of handloom and its inventive and timeless appeal. Celebrities who are adored for their fashion sensibilities both on-screen and off the screen have added much needed impetus to fashion following and setting new trends.

“The gorgeous 1950s’ actress’ eye to fashion and choices they made both on screen and off the screen always enamoured me.”

Shah said that to him, the yesteryears’ actresses are a “great fashion inspiration”.

“India saw a rise of critically acclaimed films, filmmakers and actors during the 1950s’ era and it has been one of the most glorious years where actresses of this age not only struggled to reach to their glory, but they etched a sense of style which resonates till date.

“In the modern era, fashion icons like Sonam Kapoor, Vidya Balan and Kirron Kher have been the torchbearers of traditional Indian handwoven clothing. People love what they wear both on screen and off the screen,” he added.

The designer ventured into costume designing with the 2018 Telugu film “Mahanati”.

Asked what does he enjoy more — designing for the ramp or films, he said: “While fashion platform throws me the challenge to present something new every time, and the liberty to present my dream, the movie is more aligned to the story and the character. As long as there is a synergy to the handlooms and there is a story like ‘Mahanati’ with strong focus on handlooms, I would love to design for films too.

“Both platforms are equally powerful mediums. Both the stages provided me the opportunity to present my work to a wide-ranging, fashion aware audience, who are my inspiration.”

Shah says “Mahanati”, based on actress Savitri, was a beautiful journey.

“The film gave me opportunity to explore and recreate textiles from the past. From mangalgiris and kotas with prints, to heavy brocades, silks, organzas, handwoven sateens and chiffons. Each and every detail of the textile, design, texture and colour were studied and artisans were guided to recreate it,” said the designer.

Shah, who has given a luxurious twist to the dying art of weaving and popularised the use of Khadi, feels happy about how the Indian fashion industry has embraced handloom.

“For me handlooms are ageless and they were never unpopular. It withstood the turmoil of changing fashion industry for centuries. Every work of handloom had a lasting appeal. Designers of fashion, textiles have brought in varied dimension to textures, colours, motifs and weaves that blend the past with present beautifully.

“One big factor that accelerated its popularity is diversity the way handlooms are woven in recent times,” he said.

He feels the resurgence of handlooms is mainly due to its new face and changing presentation styles by designers, approach to newer weaving techniques, textile fusion, infusion of natural dyes, textures and motifs.

“What has added to its glory is the confidence amongst fashion designers to showcase it in fashion platform. And, then the push by Prime Minister, celebrities gave it stronger momentum. The happiness part is the weaver community is elated and their tribe has been growing to support this momentous growth,” he said.

“Today, our weavers have the capability to weave different weave forms and have attained ‘sustainability’ which didn’t exist few years ago.” (IANS)